The EU votes to support 'Right to Repair'

This from a few days ago, but I thought it was interesting for the industry going forwards. Even if the changes plotted now may not be a reality for another 5 or 10 years. And even if we in the UK are sadly leaving the EU in a few weeks. But I too would like to see a compulsory repairability index on the side of every smartphone box. This would name and shame manufacturers who make their devices so full of glue that getting inside is essentially impossible. And shout out to Fairphone yet again here.

iFixit, which has been campaigning in the EU parliament for years, reports:

In a landmark move, the European Parliament voted today to support consumers’ Right to Repair. The resolution was adopted with 395 in favour and just 94 against, with 207 abstentions.

The vote calls for the EU Commission to “develop and introduce mandatory labelling, to provide clear, immediately visible and easy-to-understand information to consumers on the estimated lifetime and reparability of a product at the time of purchase.” 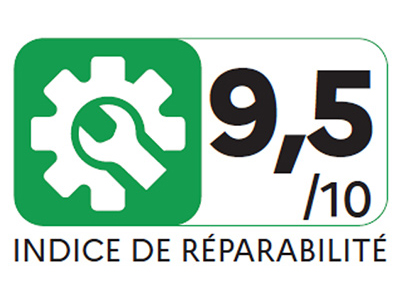 In January, France is rolling out repairability ratings for smartphones, laptops, and other products. Austria is also reducing taxes on repair services and providing subsidies for consumer repairs.

The EU motion calls for a repair score, similar to the scores that iFixit has been assigning to gadgets for the past fifteen years. According to a recent EU survey, 77% of EU citizens would rather repair their devices than replace them; 79% think that manufacturers should be legally obliged to facilitate the repair of digital devices or the replacement of their individual parts.

Read on in the full iFixit article.

Smartphone repairability always treads a fine line, I do appreciate that. If it was trivial to take every phone apart then we'd see lots of botched at-home repairs, lots of sub-standard clone components used, and a poorer experience for many people. On the other hand, forcing everyone to use manufacturer-approved repair centres works out quite/very expensive. So there's a sensible middle ground, where some special tools are needed and where parts need to be sourced carefully but where someone with the right technical knowledge isn't blocked from attempting a full repair.

Kudos to iFixit for pressing on with their campaign and for this EU vote.