Windows 10 continues to evolve - but is it doing so in the right direction? The loss of Mobile aside, we all have our own opinions for what Microsoft should focus on next, but Zac Bowden's written a good check list, quoted below, all of which I heartily agree with. Whether it's on your Dell laptop or Microsoft Surface hybrid, here's the Windows 10 wish-list for 2021, along with an overview of where 'Sun Valley' fits...

The new year is almost upon us, so it's time to start thinking about what the year ahead may hold for use die-hard Windows users. In 2020, Microsoft remembered that Windows is an important product in its portfolio, as the global pandemic saw people return to the PC to get their work done from home.

Microsoft has moved fast with the likes of Microsoft Teams, Edge, and Office to cater to users who are now working from home, but Windows is a different beast. Windows can't innovate as quickly as those other products, but that doesn't mean innovation isn't coming. Earlier in 2020, Microsoft put its Chief Product Officer Panos Panay in charge of the Windows client.

We don't yet know the full extent of what Sun Valley is going to bring to the table outside of top-level UI changes and enhancements. So, here's what I'm personally hoping to see from Windows 10's big Sun Valley update when it arrives next year.

Zac then lists his top four wish list items - I'll bullet them here, to be brief:

Fully agree. Although getting around is just fine on the touchscreen, many targets in many applications are just too small. And I'm always looking for UWP applications rather than their Win32 originals because they're more likely to be touch-optimised, given the W10M-compatible origins. 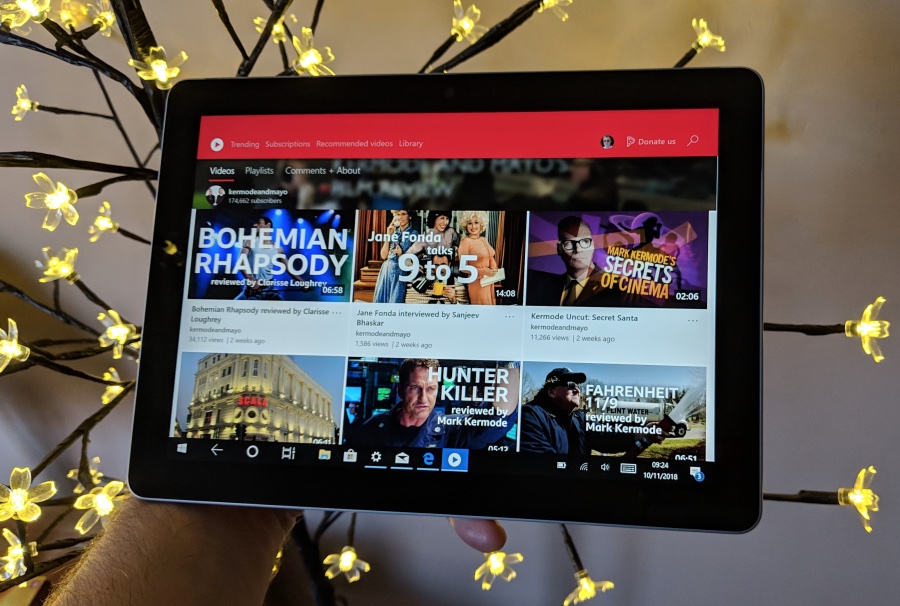 My own Surface Go in Christmas tablet mood...

Do read the full article, for all the graphics and WC comments, if you want more on this.

I agree with Zac's list and I really don't see why all four can't happen in the coming 12 months.

It's rather interesting, going off on a related tangent, how Mac OS has ventured into touch-screen tablet-esque territory with its new Big Sur release, even though all current Macs don't have touchscreens! And Mac OS users are complaining mightily at some of the interface changes, in much the same way as happened in the Windows world with the likes of Windows 8. Ultimately these OS are just tools, mind you, to run the web pages and applications that help us with our lives, but it would be nice to get something in both ecosystems that was universally loved.