Twitter keeps on improving its UWP application with server side (it's a PWA under the hood) changes and an update hit this week, with the major change on the Mobile front being the topic pill UI. Plus a facelift of the hamburger menu. Twitter is perhaps the flagship social network for W10M in these last days for the OS, so here's what's new, updated and fixed!

Here's the official changelog, quite a bit of which is more for use in a modern Desktop browser like Chrome or Edge:

Plus a truck-load of bug fixes.

Quite a list, it's impressive how much goes into the Twitter PWA, helped by the fact that's now used on the web in general, so the changes are seen by vast user numbers.

As usual, some screenshots to illustrate some highlights: 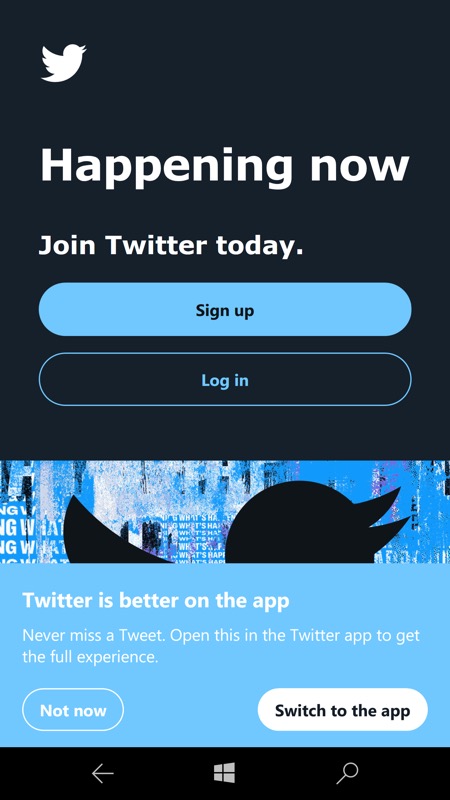 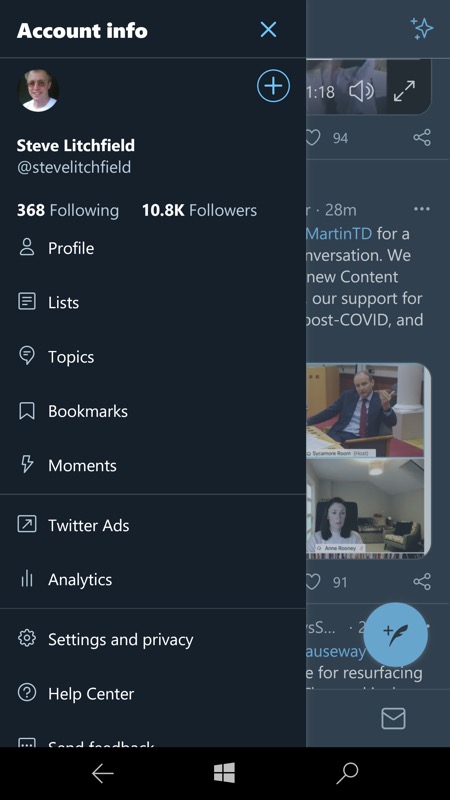 You'll find that the PWA has changed enough that you'll have to log in all over again. Also, ignore the 'Switch to the app' button - that's for iOS and Android, as a Windows user you're already IN the (PWA) app! So tap on 'Not now'; (right) the UI and hamburger menu is subtly refreshed, but it's hard to show the fluidity and visual effects in a static screenshot! 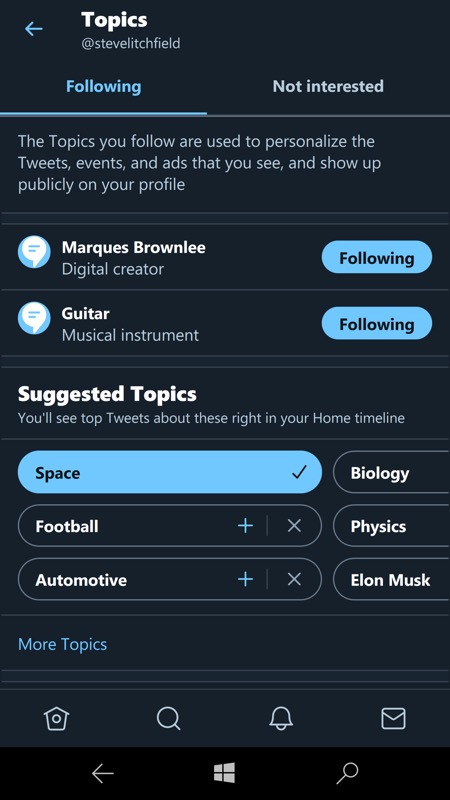 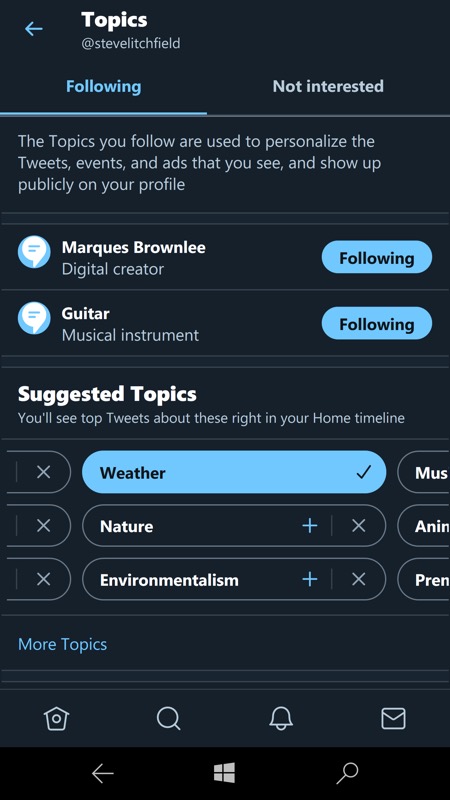 The Suggested Topics to follow have been refreshed, with larger 'pills' to tap on. Note that they're on a sideways carousel, so swipe as needed. Also, note that the '+' and 'x' controls are inoperative under Windows 10 Mobile in this build - instead, double tap to select or deselect!

Good stuff. You can grab or update the Twitter PWA-ified UWP client here in the Store.

PS. As a reminder, this application now trumps third party options like Tweetium UWP because of recent Twitter changes which knocked push notifications on the head. Along these lines, see also my (older) general round-up of ways to access Twitter under Windows 10 Mobile.