Leaving aside the ultra-niche Panasonic CM1 from 2014, the mainstream Nokia 808 PureView from 2012 has held the title for largest phone camera image sensor, at 1/1.2", for a decade. Even its successor, the Lumia 1020, didn't top it here, with a 1/1.5" sensor. But technology moves on and so do ways of shrinking optics in the 'Z' plane so that phones don't get too thick. Little by little, sensor sizes have been creeping up in the phone camera world - and Samsung just announced a mainstream image sensor, the ISOCELL GN2, running at 50MP on a 1/1.12", with 1.4 micron pixels and 2.8 micron super-pixels after Quad Bayer binning.

If this sounds a little mumbo-jumbo, we're talking the largest mainstream phone camera sensor ever and, in theory, best ever low light operation. Don't get too excited yet, mind you, since we don't yet know whether anyone can make an OIS system (for the optics) to enable really optimal low light work - you'll remember that the Nokia 808 had no OIS and that the Lumia 1020 had to abandon traditional OIS MEMS techniques in favour of a ball bearing-based approach. But surely tech has moved on by now?

From the press release:

The 1/1.12-inch ISOCELL GN2 is a highly versatile image sensor when it comes to image resolutions. With 50 million 1.4μm-sized pixels on hand, the GN2 offers exceptionally detailed photographs in regular settings. In low-lit environments such as indoors, the sensor can simulate a larger 2.8μm-pixel with four-pixel-binning technology to absorb more light, delivering brighter and sharper images.

For those who appreciate more detail in photographs or are prone to post-processing such as image cropping, the GN2 offers an option to take pictures in 100Mp resolutions. In 100Mp mode, the GN2 meticulously re-arranges the color pixels using an intelligent re-mosaic algorithm, creating three individual layers of 50Mp frames in green, red and blue. These frames are then up-scaled and merged to produce a single ultra-high 100Mp resolution photograph. 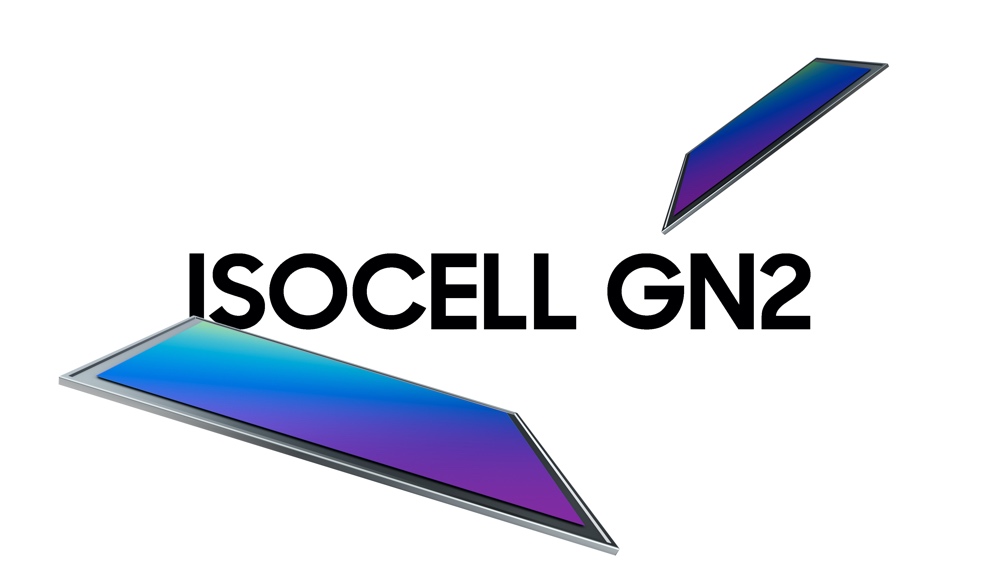 The ISOCELL GN2 is Samsung’s first image sensor to offer Dual Pixel Pro, the company’s most advanced phase-detection auto-focus solution yet. By employing two photodiodes within every pixel of the image sensor, Dual Pixel Pro makes use of one hundred million phase detecting agents for ultra-fast auto-focusing. In addition, the solution also offers all-direction focusing by splitting the pixels not only vertically, as with Dual Pixel, but also diagonally. This diagonal cut allows the focusing agents to better recognize the top and bottom of the frame, allowing the sensor to get in focus quickly even when there are no pattern changes in a horizontal direction. Low-light focusing and tracking of moving objects are improved as well, as every pixel of the sensor works as focusing agents.

For taking pictures in mixed-light environments, such as sunsets or indoors with daylight coming through a window, the GN2 increases its dynamic range with a staggered-HDR feature, a time-multiplexed HDR technology that uses rolling shutters over the same pixel arrays to capture multiple frames in short, middle, and long exposures. By maximizing the dynamic range, staggered-HDR ensures rich detail and vivid color in highlights and dark shadows within the scene, making it an ideal solution for shooting high-contrast sights. Staggered-HDR is able to reduce the energy consumption of a sensor by up to 24-percent when compared to the predecessor’s real-time HDR mode, contributing to improved energy efficiency of the overall system.

There's a lot here that sounds promising. Having instant and accurate focussing data, having three-fector HDR built into the sensor, having 'smart ISO' will all help the GN2 form the backbone of an amazing phone camera one day. Samsung says that this is in production, so we'd be looking for it to appear in smartphones towards the end of 2021. What will be interesting will be how manufacturers package this sensor, what optics they partner it with, and how thick (or not) the final phone ends up being...

For interest, here's the 2012 Nokia 808's profile... how close to this thickness will a GN2-based phone camera get?