Windows UWP development to be deprecated

In a WinUI Community Call, Microsoft has clarified plans for app development for Windows through 2021 and beyond. And UWP applications (common to Windows 10 Mobile and Desktop/Hololens/Xbox) are tied to WinUI 2.x, while WinUI 3.x is the company's recommended way forward. It's all a bit complex, see the chart below - it does seem as though Microsoft's unified development plans will reap benefits in the long run but in the short term there's a lot of recoding needed by developers, since it's not trivial to convert WinUI 2 applications to WinUI 3. Apparently.

The bottom line is that nothing will change for end users anytime soon, though. Microsoft will keep Win UI 2.x updated, supporting UWP applications for Windows 11, until well into 2022. But look ahead five years and support for UWP apps may be waning. 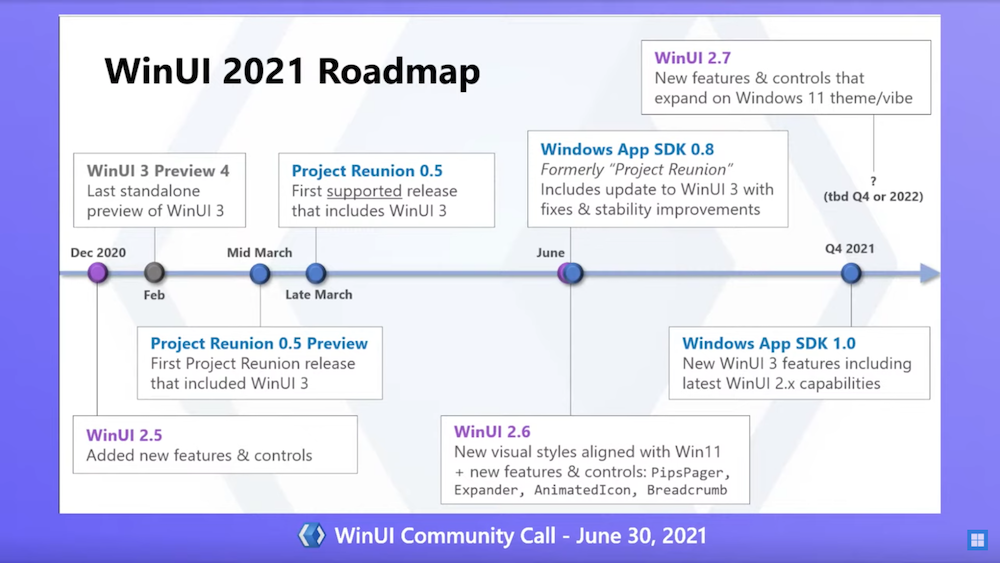 At one time, the story was that UWP developers would not miss out, since WinUI 3 would be available both for desktop and UWP. This was part of the "reunion." That plan has now changed, even though the docs referenced above still say "WinUI 3 support for production-ready UWP apps is currently in preview."

While many developers prefer the desktop model, UWP does have some advantages. "UWP has two benefits, sandbox and the ability to run on other Windows devices, Xbox, Hololens" said one, while another said that ".NET Native is really nice against reverse engineering, that's why we still use UWP."

During the call, Demopoulos was asked about why WinUI 3 support was no longer planned for UWP. "Our focus is on trying to reach out to the existing very large community of Win32 desktop developers," he said, "who haven't had any good way to access … fluent design and a lot of the controls that WinUI provided. We are still investing in WinUI 2 and will be for quite a while."

Another way of looking at this is that Microsoft tried to get Windows developers to adopt its UWP model but too many of them refused – for all sorts of reasons. The result is that Redmond has had to backtrack, unfortunately at the expense of the keen minority who did adopt it.

As I say though, there's no immediate threat to UWP - Microsoft has committed to 'parallel' development of WinUI 2.x to ensure that UWP applications will carry on working and adopt Windows 11 features. For a while (i.e. a number of years).