The one year verdict on the Surface Duo

Zac Bowden's scribblings on the Surface Duo have become more and more refined as the year has rolled on and now the 12 month boundary has been reached... so what's the verdict? It's, in the words of Zac, complicated. On the whole, the vision of the Surface Duo has been realised and there is indeed lots to recommend the dual screen form factor, even if not the specific components and materials that Microsoft used. The problems for Zac are in terms of support, updates (or lack of them), and general communication from the company...

From his one year review at Windows Central:

Dual screens aside, other aspects of the Surface Duo have been a mixed bag. The overall design is contemporary, minimal, and super thin. It's beautiful to look at, and I admire the Surface team for being bold and omitting common smartphone features to achieve this design. That said, those omissions have gotten old really quickly, and I'm now at a point where I wish this device had things like NFC and a better camera system on the outside.

But there are issues with some of the materials that Microsoft has used on the Surface Duo. It became apparent pretty early on that the polycarbonate edges around the Duo aren't all that durable, and the color yellows quite significantly over time. After one year of use, my Surface Duo looks dirty, even though it isn't...

...It comes across as if Microsoft has abandoned this device, and that's not helped by the fact that it can now be had for over 50% off. It just looks liked a failed experiment that Microsoft doesn't want to talk about anymore. It is so Microsoft to ship a device and then refuse to communicate with customers about its roadmap for a year. I would've thought Microsoft would want to avoid this kind of behavior considering its shoddy track record with phones.

Luckily, we know from sources that Microsoft is committed to the Surface Duo. But, I shouldn't have to result to "sources" to find out that information. Microsoft should be open about when Android 11 is coming and what features it will bring. It should be open about upcoming fixes, and let us know ETAs or give explanations for why certain issues aren't fixed yet.

If Surface Duo 2 launches in the same state as Surface Duo 1 did, I don't think I could handle another year of buggy software and no communication. It's been tough, and it's been frustrating. Many average users would've put this device down months ago, but I soldiered on.

Ouch. Remember that all this is coming from someone who used their own money to buy the Surface Duo and who is a massive, loyal Microsoft fan.

So, as Zac says, it all comes down to how much extra the company can put into the Surface Duo 2 and how much confidence Microsoft has in supporting this second generation device. I'm not that optimistic, given Microsoft's track record here, but at least the extra money thrown at Duo 2 might see it offered and available here in the UK in a sensible time frame. 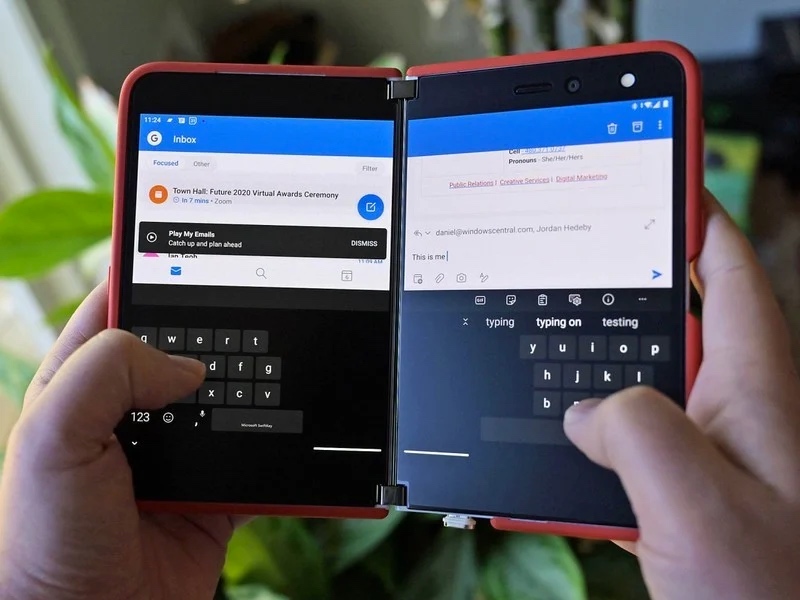 Filed: Home > Flow > The one year verdict on the Surface Duo