OK, ok, so the linked Microsoft article is full of hyperbole and marketing/creative speak, but it's worth putting in here just to show off a Lumia - in October 2021 - with the Windows 11 Bloom front and centre as Start screen background. The dark version makes a surprisingly good wallpaper for AMOLED-screened phones and tablets. Plus it's still interesting hearing the story behind the err... well, bloom. 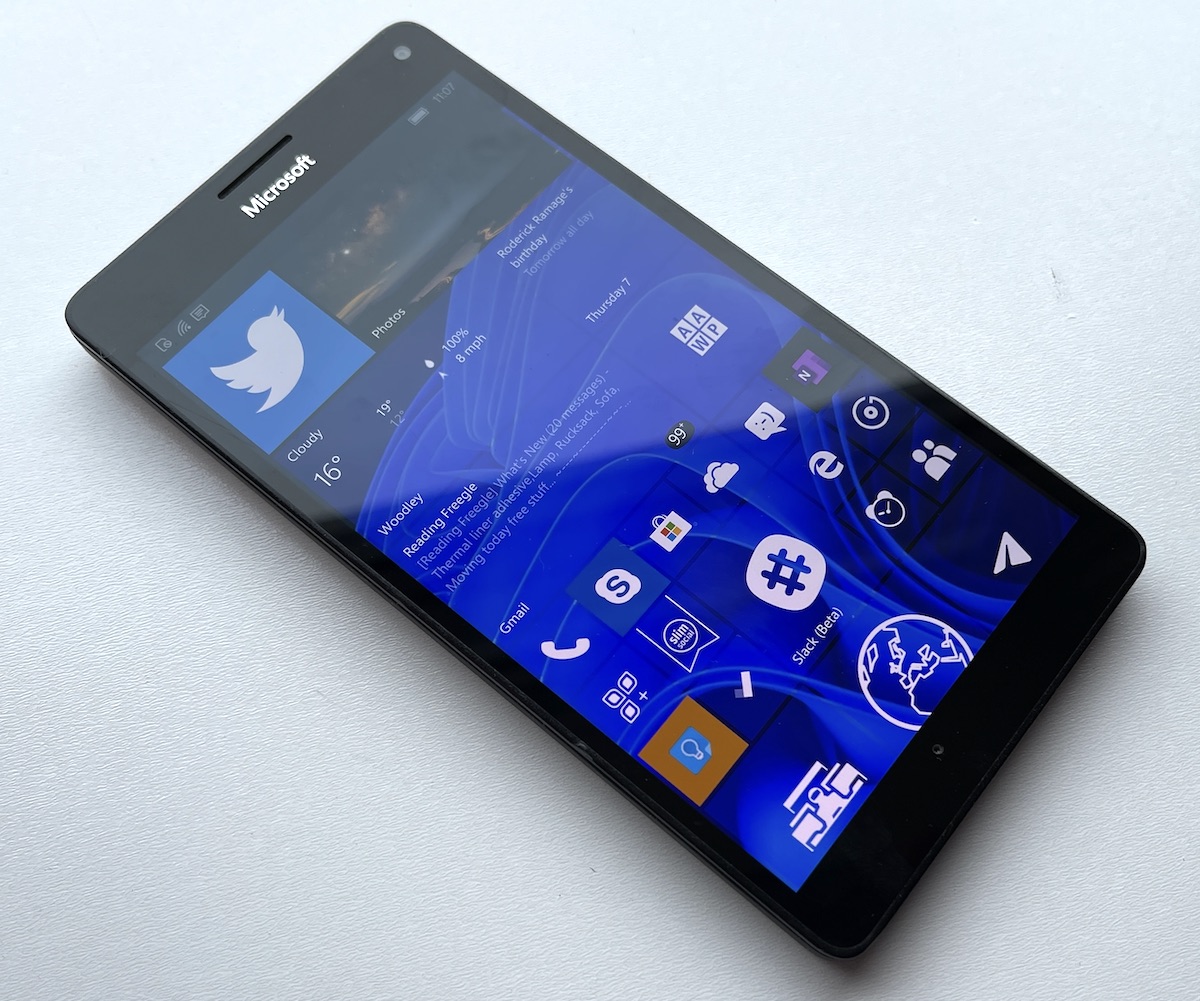 From the Microsoft article, then:

With Windows 11, a fresh perspective starts with the very first image you see on the screen: a desktop wallpaper that’s also a symbolic image of starting anew with this operating system. Inspired by flowers, this new blue beauty is called Bloom. The story of its creation spans a creative and dynamic collaboration between engineering, design and marketing teams at Microsoft, across an ocean during a pandemic and which incorporated a parallel workflow that caught the eye of Windows 11 designers.

At the heart of Bloom is a concept that merges natural and digital elements.
“This is the next generation of computing for us,” says Marianna Levant, a principal designer on Koehn’s team. “We all live in both a digital realm and in a natural realm. It was important for us to encompass both. We started out really wide, far and wide, working very closely with designers both on the marketing team and on the product team. We explored a very wide variety of concepts and the one that resonated was this union between mathematics and nature.”

Levant – whose background is in design and fine art and who used to have a studio in Chicago where she did large scale paintings and works on paper – says that the road to Bloom was truly a creative process.

“We didn’t know where we were going to end up. It was like making a painting, creating a piece of art,” she says. “We knew what the concept was, knew what we were trying to evoke. That’s why this project was particularly challenging and particularly wonderful.”

To help them in that quest for the right symbol, they found their answers with Six N Five, a Barcelona-based multidisciplinary design studio that started working with Microsoft in 2019, designing the wallpapers for then-new Microsoft Surface devices. Since then, they’ve engaged with different teams across Microsoft on a variety of projects.

“We didn’t know where we were going to end up. It was like making a painting, creating a piece of art.”The studio builds upon a background in 2D graphic design, with tools and knowledge acquired during university years that involved learning how to work with colors, typographies, shapes, etc. But in late 2010, they shifted their focus to 3D art. In the process they realized that several hours of extra work would yield results close to reality.

And so on - do read the original article, etc.

All good and nice to see loads of dark resources in Windows now, especially nice for hijacking, as here. The software itself? Early reviews of Windows 11 indicate that it's two steps forward and one step backwards in terms of functionality - but the hardware requirements do mean that only people on newish PCs will ever see it. Most of us will get it with our next new hardware, in the usual way!

PS. It goes without saying that Lumias can't run Windows 11, despite my hero photo above! The Lumia 950 XL topped out at Windows 10, last updated January 2020.