Ben Wood is a name that many know in the wider phone world and it seems that he's been busy in recent years, along with collaborator Matt Chatterley, putting together a physical (of sorts) and virtual Mobile Phone Museum, with over 2000 models, encompassing everything from low end feature phones to the most premium smartphones. Although you can't actually visit a physical museum, there are plans, post-Covid, for tours and exhibitions.

You'll find the Mobile Phone Museum here. From the Museum's About page:

The Mobile Phone Museum project was conceived by Ben Wood in 2004. In 2019 he joined forces with fellow mobile phone collector, Matt Chatterley and a year later they worked with a small team to create a not-for-profit entity. This is designed to safeguard this important collection of mobile technology heritage and help fund further growth.

The collection currently has over 2000 individual models from more than 200 different brands. There are over 3500 devices in total when duplicates are included.

You can filter down the collection and general phone database by year, or just search, as you'd expect. Despite that figure of 2000, there are still many models which aren't yet in the museum, plus others that are but which haven't been properly catalogued and written up yet. But it's a very good start.

Browsing through the collection. You'll be a while - there's a lot here, meticulously catalogued! 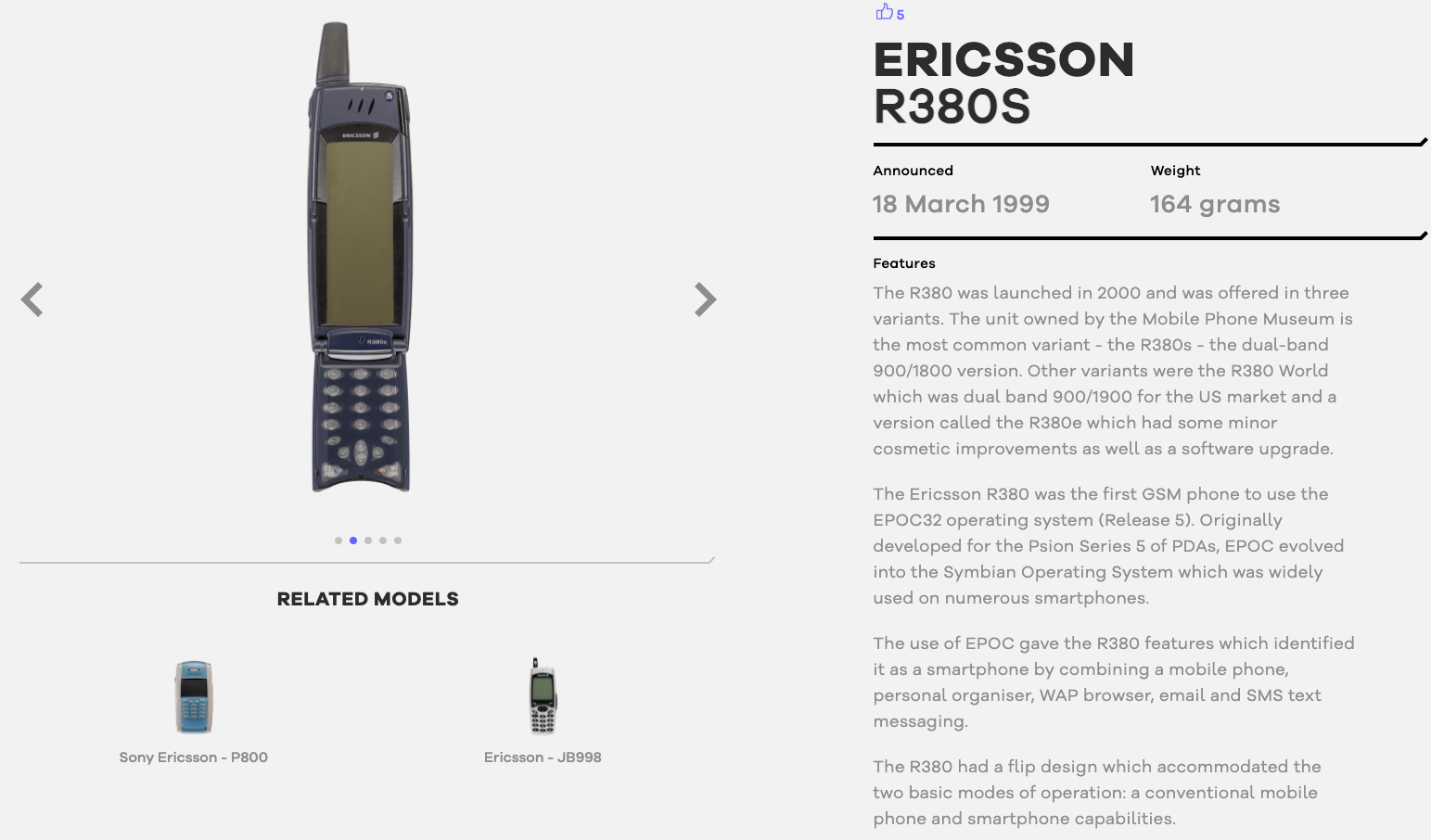 A typical phone entry, with multiple photos and a brief write-up.

The Mobile Phone Museum is a 'not for profit' entity and would welcome donations, both of hardware and money, of course. See their full web site for contact details.

PS. Some have suggested 'Steve's office' as an alternative museum, though for space reasons I have chosen only to keep Symbian-based models from before 2012. Although Symbian was the dominant smartphone OS of the decade 2000-2010, numbers and models were small compared to the wider phone market. The Mobile Phone Museum is both platform-agnostic, and also has its own storage facility - good luck with that!

PPS. There's now a video up too: