Google, recognising that Android OS has never been great on tablets (and foldables in landscape mode), has finally given in and developed a raft of improvements for such devices and situations. Dubbed Android 12L ('L' for 'Landscape'), this is now on its second public beta and should be available at the end of Q1, 2022. Significantly, Microsoft has said that the Surface Duo 2 (and Duo original, in time) will move straight from Android 11 onto 12L, given the improvements that will suit the dual-screen landscape foldable down to the ground. 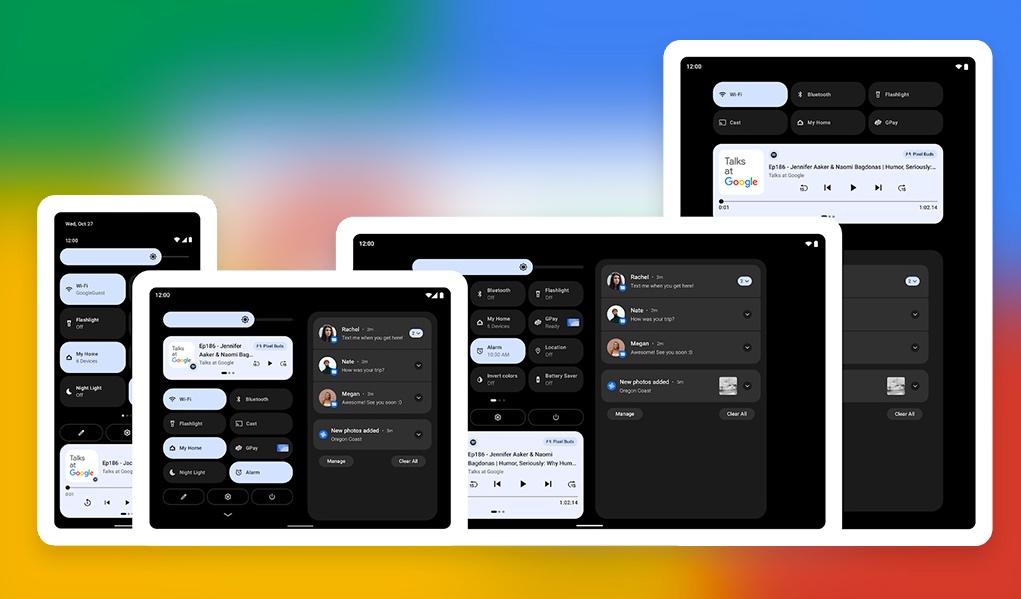 On Wednesday afternoon, Google pushed the Beta 2 build of Android 12 L to eligible devices. Both system images and OTAs are available from Google’s site for Pixel 3a (XL) and all newer Pixels. All except the Pixel 6 and Pixel 6 Pro – which have already been dealing with update delays for the December patch and could be liked to a delay here.

Android 12L Beta 2 brings bug fixes and optimizations, as well as a few fixes for refinement of the resizing of icons relative to the screen size. It also finalizes APIs and system behaviors for this version of Android so that developers can begin focusing on finalizing their apps with compatibility of the new Android build. For reference, that’s API level 32.

Android 12L is a mid-cycle Android build meant to optimize Android’s usability across different form factors and display sizes amidst the industry shift towards foldable devices and the increase in adoption of tablets, ChromeOS, and 2-in-1 devices for productivity.

Also interesting was that there are animations in Android 12L that reference 'Pipit', the codename for the much-anticipated folding Google Pixel phone. The aspect ratio is very OPPO Find N, very Surface Duo, rather than being over-tall like the Samsung Galaxy Z Fold 3:

(see the source article for the 'open' animation as well)

Clearly 'Pipit' needs Android 12L to happen first, so my guess is that the Google Pixel Fold will be announced in the Autumn 2022, as part of Google's annual phone launch event.

In summary, Android 12L and foldables generally should make 2022 a milestone year for the convertible form factor.