Google is prepping the new Android 12L, optimised for large and folding displays, for mainstream release via update channels and has pushed out an article giving more details, by Andrei Popescu, VP of Engineering, Android. Good news for the Surface Duo and Duo 2 in the first instance...

Today we’re introducing 12L, an update to Android 12 with features that will make tablets and foldables simpler and easier to use.

A new layout for easier viewing

The bigger the screen, the more space there is for relevant information. With 12L, we’re optimizing the display for the home screen, lock screen, notification shade, device set-up screens, settings and beyond, so they look even better on tablet and foldable screens. 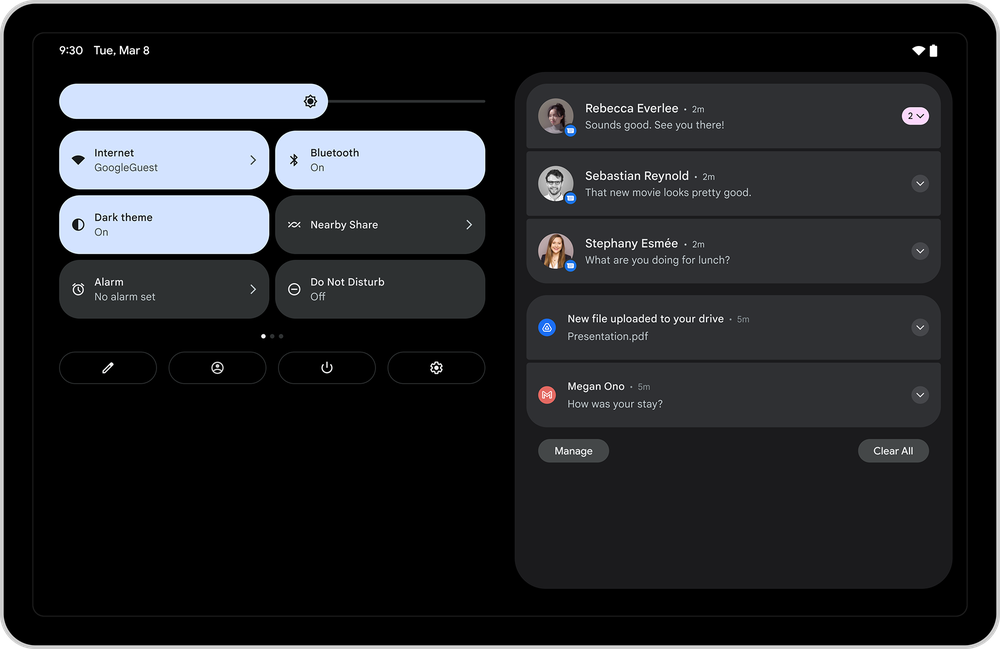 When setting up a new device, you’ll also be able to see more information with a two-column layout. And, you’ll be able to make changes to features in your Settings without having to go in and out of each section. Let’s say you’re looking to change the wallpaper on your device — select “Wallpaper & style” from the navigation panel and make your pick on the side, all in one view.

A taskbar to get more done

We’ve added a taskbar to help multitaskers launch and switch between apps on the spot. You can also drag-and-drop any app from the taskbar to enter split-screen mode so you can do two things at once. You can watch a YouTube video while you scan the news, or search for accommodations for an upcoming trip in a Chrome browser while you view its location in Google Maps.

Starting later this year, we’ll bring 12L to your favorite tablets and foldables with planned updates from Samsung, Lenovo and Microsoft. And we’ll continue to build more features and functionalities to help you make the most of your larger screen devices in Android 13 and beyond.

The 'taskbar' may or not make it to the Surface Duo pair - after all, the Duo's launcher is made by Microsoft and it's up to them how they want it to look. 'Later this year' isn't that promising, I'm guessing we're looking at late summer now, which is not far off the launch of Android 13, though apparently many of the same underlying modules are present in both, so don't feel too dismayed.