At an event in New York today, Microsoft launched some new mobile hardware and a tease of what's around the corner (and definitely coming, this time!) See below for details, but there's a genuine mobile highlight in a brand new communicator, the Surface Duo, rivalling the likes of the Samsung Galaxy Fold, but without using fragile folding plastic screens.

Though there was a 'one more thing', in fact two more things, products that will be available in a year's time, i.e. the end of 2020.

Panos introduced first the 655g Surface Neo, effectively the (larger) evolution of all those folding prototypes we've been seeing over the last few years. Two 9" displays with a 360 degree hinge with micro-gears, so you can use it in a variety of modes, with the full unfolded diagonal around 13". There's a keyboard which attaches magnetically and wraps around from the back to partially cover one of the displays. There's a brand new Intel processor inside. 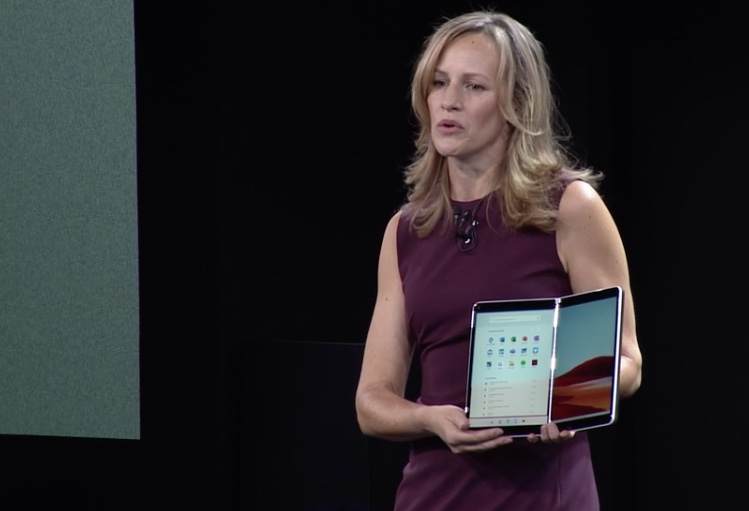 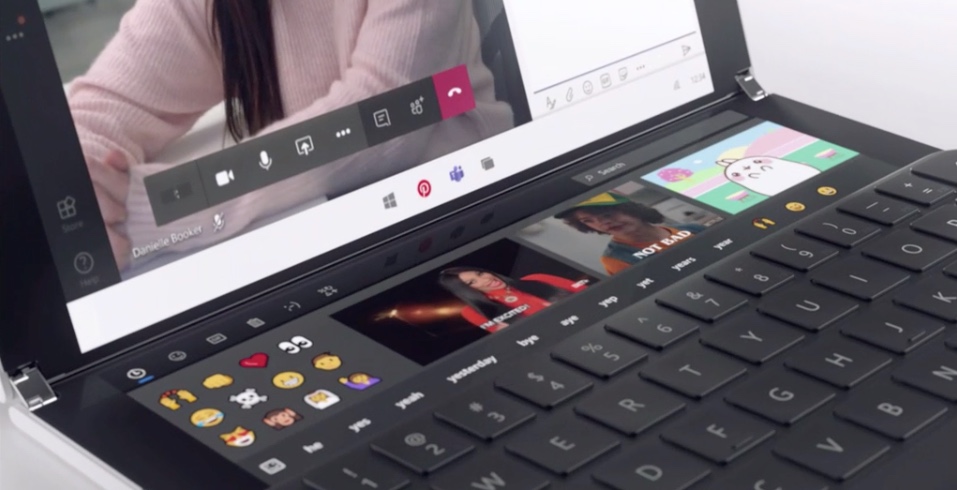 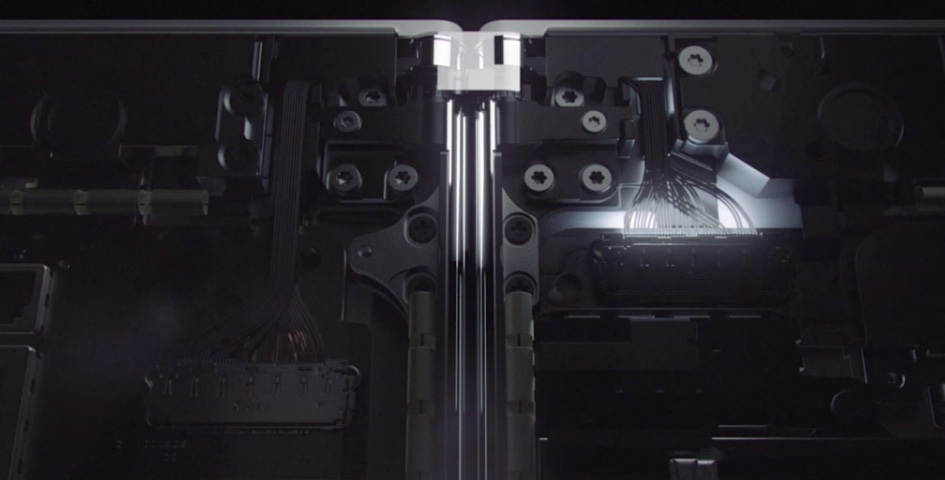 Along with Surface Neo, Windows 10X was announced, with numerous optimisations for two screens, with applications spanning the two and expanding as needed.

But then the bombshell, Surface Duo, effectively 'Surface Phone', with two 5.6" screens (with an 8" diagonal unfolded) and the same 360 degree hinge mechanism. It's a full phone, a full tablet, a full computer - in your pocket. Or will be when it arrives next year. No physical magnetic keyboard here, but you can use it in landscape mode to use a QWERTY system on the other screen, in typical 'communicator' fashion. 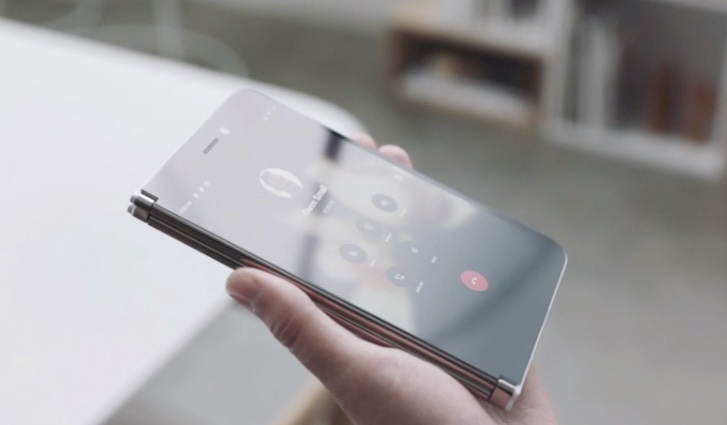 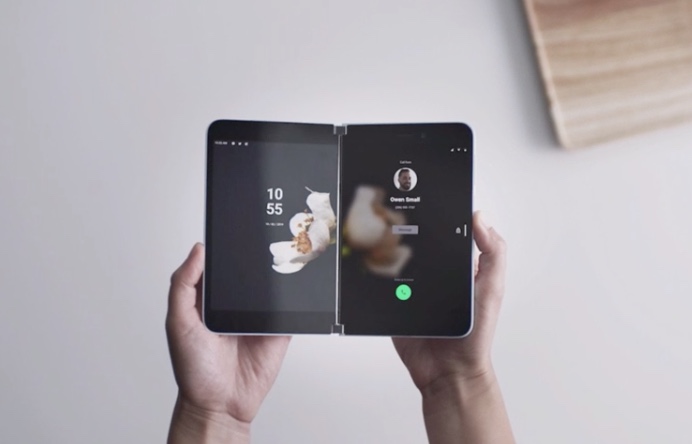 Few tech specs, other than using a Snapdragon 855 chipset, were given for the Surface Duo (used to be 'Project Andromeda', though clearly rethinks about OS have happened over the last two years), but multiple units were shown off on stage.

Full Android application compatibility was quoted, most likely is that something mocked up to look like Windows 10X and the Neo is running on top of Android itself, i.e. think of the existing Microsoft Launcher for Android, massively reworked, and with all Microsoft apps and services, running on Android 11 (which will debut in Autumn 2020, keep up at the back!)

I'll delve further into all this and report back - it's early days.

I'm still digesting the news, but expect an editorial next week here on AAWP. There has been a lot to take in this afternoon! 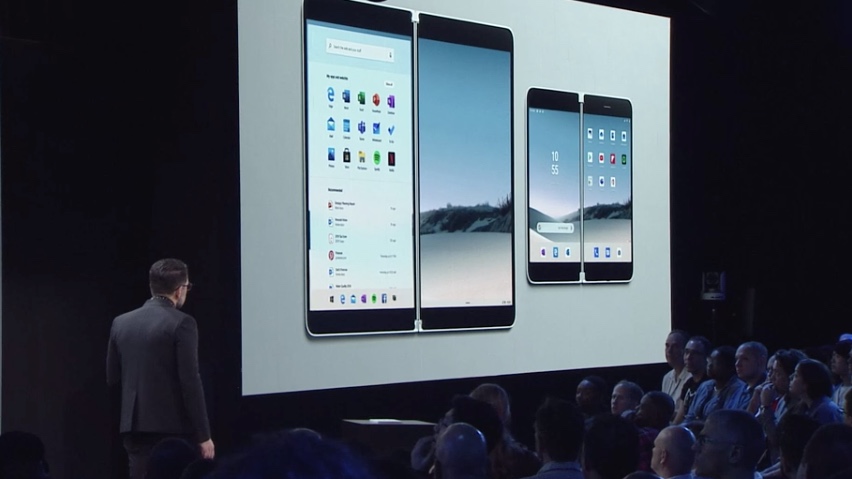 The Neo together with the Duo.... Folding tablet and folding phone! 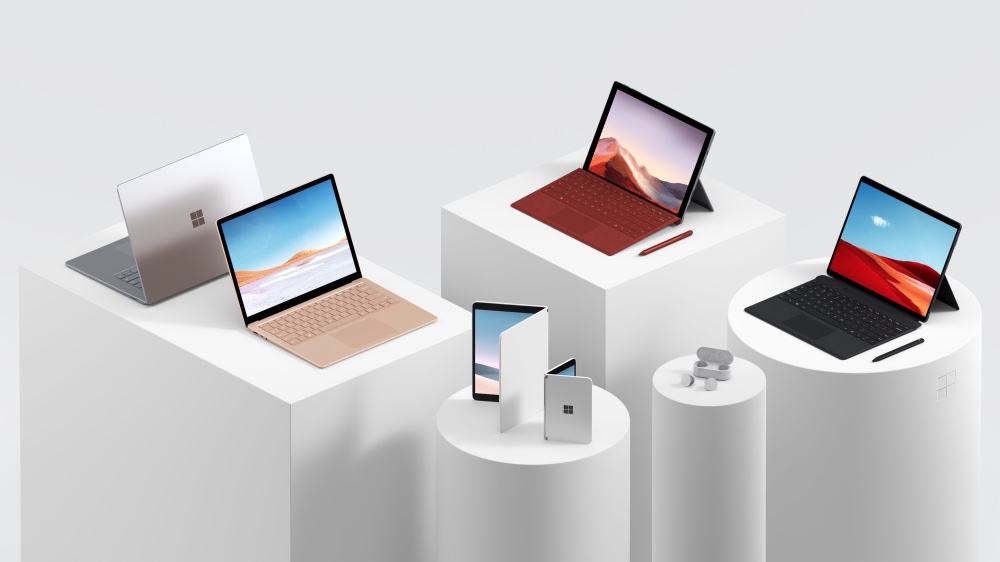 The full Surface family launches from today's event in one photo!

PS. If you want more background on all this, Wired got a preview and a chat with Panos last week.

PPS. WC has now helpfully condensed the relevant (mobile) sections of the two hour event into six minutes, to save you time watching it all: