Charging a smartphone has been getting more and more complicated in recent years, with 'fast charging' solutions from several sources and with mixed compatibility in the phone world in terms of device. Quick Charge, Power Delivery, Dash Charge, Warp Charge, and so on... So it's high time that we rounded up the various systems and explained how they work and what they'll work with. With caveats, in that this is a fast changing slice of the tech world and the future is still being written! 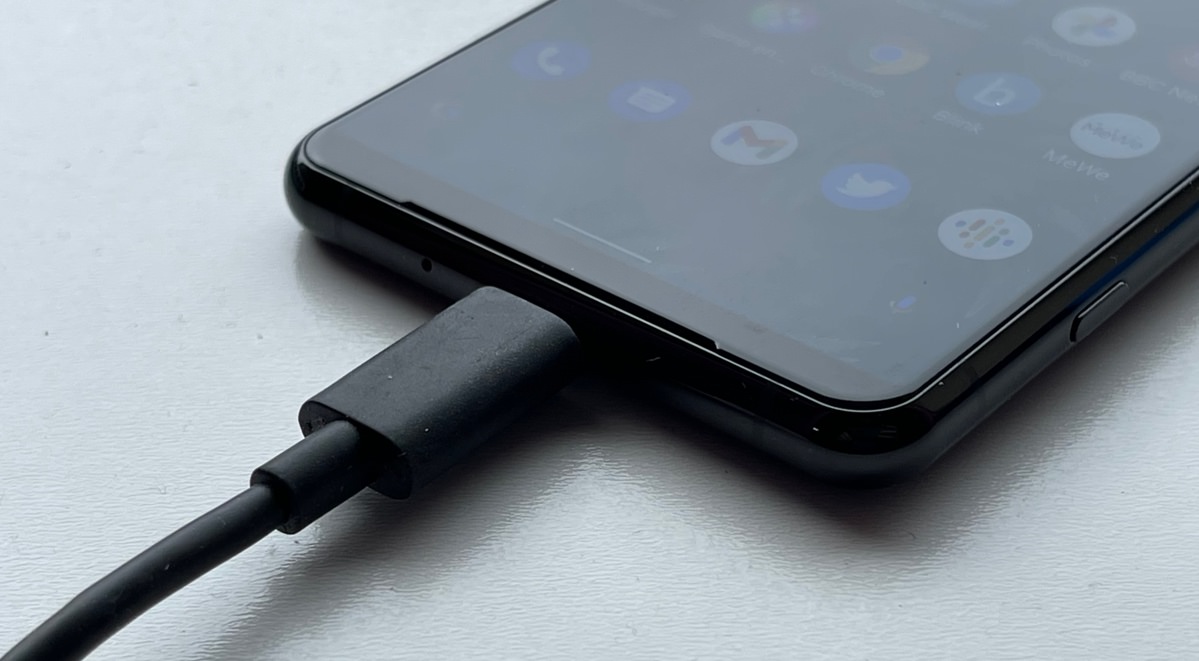 Most of what you might be looking for in terms of information is in the table below, but it's worth noting that smartphone (or indeed general high-tech) charging is much more intelligent than you might think. It's not a question, as in 2005, of inserting a generic, no-name charging pin or jack that had 5V and the recipient takes as much current as the former can supply (back in the day, typically 0.5A, so 2.5W power).

In 2021 we have a wide range of charging solutions that are all 'intelligent' in that when you hook up a cable, the charger and recipient device talk to each other to establish the best set of voltages and currents to use. Often referred to as 'protocols' (in the same way as Bluetooth, Wifi, and so on), these do depend to some extent on what you're charging and the make and capability of your charger. So, for example, your mains charger might be 65W, outputting through a Type C jack - you'd hook this up with a C-to-C cable, to your smartphone and the two would talk to each other (the dialog only takes a fraction of a second) and work out that (e.g.) 9V, 3A (27W) is optimal, following which charging actually starts.

And, as you'd expect, almost everything is backwards compatible with the lowest common denominator, so even if you completely mismatch charger, cable, and phone, you're likely to get USB-BC (7.5W) charging, so all is not lost. My worry, a few years ago, was that you could plug in the 'wrong' mains charger to the 'wrong' phone and one or the other would blow up(!) Thankfully, aside from some badly and confusingly specced Type C cables back in 2015, safety first seems the order of the day and if a user gets things wrong in terms of plugging things in, nothing bad should happen, other than charging being slower than might otherwise be possible.

[Legal note] Having said that, as with anything to do with charging, if in any doubt, stick to the charging brick and even the cable that came with your smartphone, tablet, or laptop, or (if one wasn't supplied) then buy from the original equipment manufacturer. The All About sites cannot be held responsible for damage caused by plugging things together in a way that does cause damage. [end legal note. Phew!]

NB. Although the table goes into some detail, coverage of the sheer number of versions of each system would make the table/article unwieldy, so I've summarised and generalised a little to help you out.

The dark side: heat

Which is all fascinating in terms of ambition, but there's a dark side to fast charging and it's much the same as the downside of Qi wireless charging. If things get too fast and frantic then things also get hot* - and heat is the enemy of Lithium-Ion batteries. The usual recommended working range for charging a Li-Ion cell is +5°C to +45°C, and if the battery gets hotter than this then it leads to gradual but irreversible damage, including 'lithium plating'.

* because of the various voltage conversions and current-to-charge state changes. In the world of physics, whenever anything happens in terms of electrical or chemical change of state, energy is lost. It's called entropy and, yes, the universe is gradually falling to bits and into disorder. In terms of the tech world, things get warm as energy is lost through heat.

Smartphone users don't normally have to worry about the lower temperature limit since the very act of charging heats up the battery, lifting it into a better state. The problem for most of us is at the higher end of the scale. If you've ever handled your phone while on charge then you'll know how hot it can get, especially if you're:

Other, less conservative, estimates for the acceptable range for Li-Ion battery charging without long term damage quote 55°C, but the message to take away here is that heat is bad for batteries and not to push the limits if you can possibly help it. Too much heat for too long and it's unlikely that your phone battery will catch fire - but it will suffer damage and its capacity will be reduced. Rinse and repeat too many times and capacity and performance may be reduced by 20%, 30% or more.

Now, don't panic, since manufacturers know all this and take design steps to make sure that their fast charging systems don't push the boundaries in terms of heat too much. Using lower voltages and higher currents (so that less voltage conversion needs to happen at the phone end), using AI to control charging speed according to phone core temperature, using twin cells to split the charging load, and even, in extreme cases, using miniature fans.

And it's at this point that I have to confess that I've only ever tried a handful of the fast charging systems above, so I've little evidence for how hot each allows a phone to get while on charge. From my own phones and chargers, my gut feel is that 15W was always a safe 'sweet spot', i.e. 5V at 3A, charging a smartphone in a couple of hours maximum, but I've also happily used Quick Charge 3.0 and 4.0, plus I've numerous PD-compatible gadgets with no heat problems.

Part of the problem is that there's very little information available to the end user on what's happening under the hood. If you're lucky then a 'fast charging' message will pop up on the lockscreen or always-on-display - and that's it. Happily, you can judge for yourself whether your chosen phone's fast charging system is a problem by simply picking it up after five minutes on charge. You could even put a thermometer on it, though usually your own instinct is good enough. More than 10° over your body's temperature and things are too hot for good battery health. It's for this reason that I've stopped Qi charging* a few of my smartphones in the UK summer (it was 34°C when I started this feature!), since they were getting too hot, almost too hot to touch.

* Having mentioned Qi charging, it's worth noting that there's such a thing as 'Qi fast charging' too, with higher and higher power ratings. And generating more and more heat, so the situation's even worse. It's best to 'just say no' unless the accessory is one with a built-in fan to cool the back of the phone. 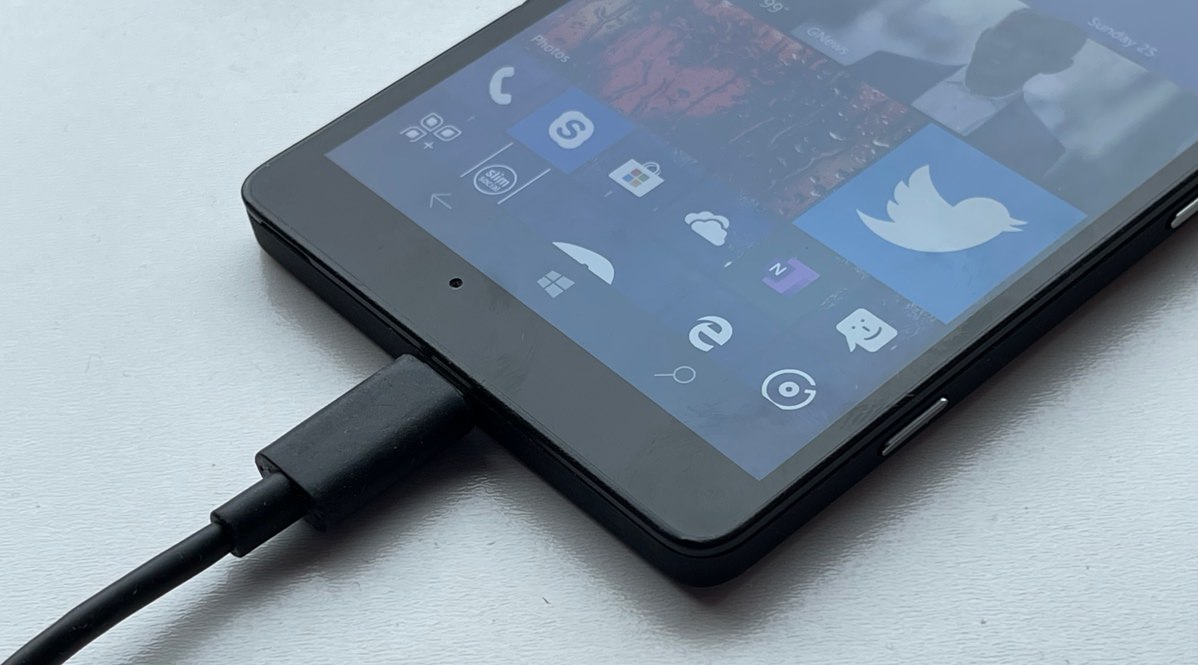 In short, it's not the very act of fast charging which can damage a smartphone battery, it's the heat that's generated as a by product of natural inefficiencies. Manufacturers will have done their own tests, but it's a good idea to read reviews and get hands-on with a particular system before you commit - it's entirely possible that losses are being mitigated and temperatures kept within limits, but there's no substitute for real world tests. Either by reviewers or by your own good hands. It's OK for a phone on charge to feel 'warm' - it's not OK for it to feel 'hot'.

Do cases have an effect?

Bear in mind that the presence of a case will affect results too. Not only are you adding extra 'insulation' to retain charging heat, you're preventing your own hand from feeling the true temperature of the 'naked' phone. Though a top tip is that you can still get a sense of the cased phone's temperature by laying a finger on the screen.

And, if Qi charging, the extra couple of millimetres added to the induction distance to the coil mean that more power is wasted (again with heat). At the same time, the case brings huge grip and protection benefits, so it's all a bit of a judgement call at your end. But do bear the thickness of (and the materials of) your chosen case in mind.

You can't fast charge all the way

One final point is that fast charging doesn't apply, in any of the systems mentioned above, through the whole of the 100% charge range. Typically (depending on manufacturer and system), fast charging will only happen to around 80% charge and then the power being input will be dramatically slowed, since at high battery voltage levels (4.2V is a typical maximum, so anywhere close to this) high current can physically damage the cells. This is why every marketing page about a manufacturer's fast charging system quotes something like "0-60% in half an hour", i.e. they only ever talk about the bottom half of the charging cycle, since it typically slows a lot after this.

In summary, don't worry too much about chasing fast charging in terms of it being a bullet point that might sway a buying decision - unlike other spec 'races' in the phone world (e.g. camera megapixels, screen resolution and refresh rate), this one has physical long-term downsides that offset its potential short-term benefits.

PS. How do I charge my phones? Deliberately (relatively) 'slowly'. With Qi at 15W max (and even then only when the weather isn't hot) or wired at 25W maximum, depending on device. Yes, there are occasions when I wish charging was happening faster, such as an emergency top-up before heading out, but 99% of the time there's no rush and I'd much rather have the peace of mind that my phones and their batteries will last a lot longer.

PPS. If you're deeply, deeply, geekily interested in the science behind Li-Ion batteries and how they are best charged, I recommend this Science Direct article.