All About... Dynamic Vibration

"Dynamic what?", I hear you ask? This is something I've been enjoying on the Sony flagship Android smartphones for a couple of years and it can, sometimes, really enhance the mobile media experience. The curious thing is that there's no reason, in principle, why every smartphone can't have this, yet few people have even heard of it. In short, as bass notes and low sound effects are rendered over the phone speakers, the haptic vibration system is driven to add 'rumble' and physical effect. Here's how it works and what it's good for.

Even as a fan of Sony's Dynamic Vibration system, I'll admit that the use case isn't exactly universal. At best, you're watching YouTube or Netflix or similar and there's music and sound effects most of the time. Normally these would be audio-only and rendered through the phone's speakers (ideally stereo, as on the Sonys), but these will be small and unable to generate any sounds under about 150Hz, meaning that you lose most of the bass - explosions, motors, or indeed bass musical instruments, rather foiling the point of a sound engineer somewhere toiling over creating the perfect bass sound stage for that programme or film. 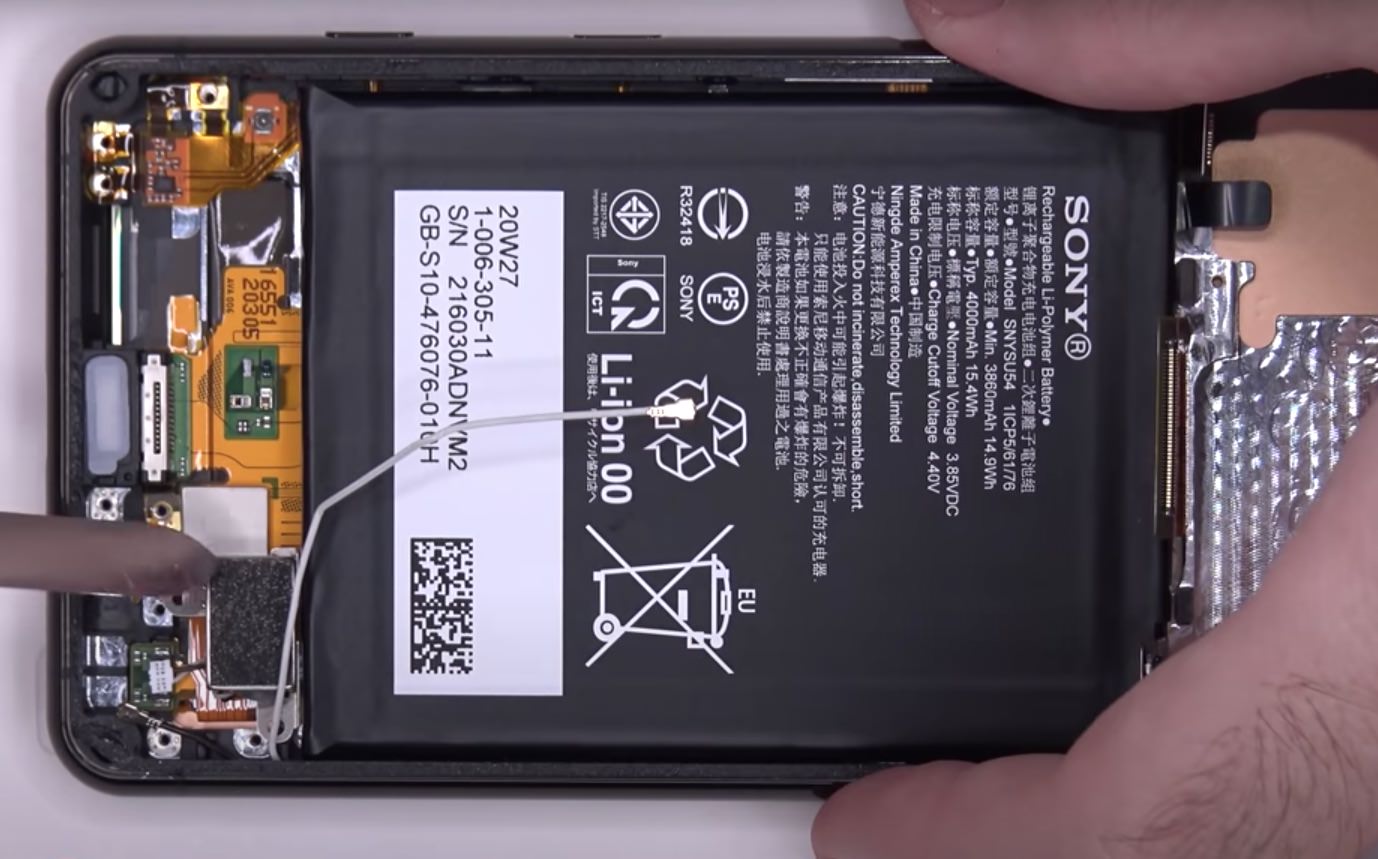 So what Sony has done on the Xperia 5 and 1 ranges (excluding the £2500 Xperia Pro, bizarrely!) is use a  really, really good haptic system (like Apple's 'Taptic engine') that can be driven to vibrate in complex and powerful ways, and this is hooked up to the audio soundtrack in compatible applications. So when you're holding the phone in two hands and watching a music video on YouTube, the 'Dynamic Vibration' system pulses appropriately for kick drums, bass guitar, etc. And when you're watching a movie (say) on Netflix, the rumble of thunder, explosions, car engines, and more, all come through via the haptic vibration system.

Note that this isn't about rendering exact frequencies, but it does handle amplitude, so louder things vibrate more. The overall effect is to immerse you more in what you're watching on the phone, since you're feeling things with your fingers that you'd feel with your body in real life when faced with loud bassy noises - we've all experienced a physical reaction to jets, pneumatic drills, loud bass at concerts, and so on.

The cool thing is that this really does work. The human ear isn't very good at estimating frequencies and pitch below 100Hz anyway (playing bass in a band sometimes, I once played an entire song a semi-tone 'out', misunderstanding the key, and... no one noticed!!), so having a physical representation through the phone body is... almost as good. And better in some ways, in terms of involving you in whatever you're watching.

Oddly, Dynamic Vibration system doesn't work with games - which is a shame, since the various sound effects would work really well and add to the immersion in the game. I'm thinking again of explosions, driving rumble, collisions. Oh well. I suspect the lack of game support is because the Dynamic Vibration system can only cope with a linear and 'predictable' audio stream, such as from a video, where the system knows what's coming before it gets rendered, so the haptics can be fired up as needed and timed perfectly. Game sound is generated in a more chaotic fashion, based on what's happening on-screen in real time, and there would be a small lag in terms of haptics, which might be disconcerting.

How is Dynamic Vibration controlled?

As the video embedded above shows, within a video, a press on the volume buttons brings up the usual volume slider, but also a Dynamic Vibration slider, with four settings (zero to +3), and it's easy enough to adjust the strength (or turn it off) from here.

Interestingly, the system doesn't work with every media application - I have a local video utility which seems to bypass the system audio playback and tries to render audio its own way, and Dynamic Vibration doesn't pop up for this.

Can this be used with headphones?

Yes, though the use case here is less clear. The point about providing audio feedback to your fingers through vibrating the phone is that it's trying to mimic what you'd hear if the sound source were loud and in front of you, i.e. where the phone screen is. When the audio is being fed into your ears, WITH the bass audio all there if your headphones are halfway decent, there's simply no need to have Dynamic Vibration on, I contend. But the software isn't clever enough to realise that, so in practice you have to turn it down, or off, manually, when you switch from speakers to headphones.

What about switching applications?

Sony's software remembers your Dynamic Vibration setting per application, thankfully. You'll see in the video above, the little YouTube text legend in the slider. So most of the time you don't have to keep micro-managing it, turning it off or on again.

Why can't other phones have Dynamic Vibration?

In contrast, I like to watch things with Dynamic Vibration on '1' (out of 3). Increasing the setting doesn't make the vibrations any stronger, but it does widen the frequency range at which the system cuts in, and I find it too intrusive at '2' or '3'. But that's just personal preference.

On the same topic, why can't iPhones have Dynamic Vibration?

They absolutely can - if Apple codes it up! The hardware's in place, so if some folk at Apple like the idea and the company then 'invents' it then we could have a similar system ('Immersive bass'?) on iPhones in the future. Who knows?

I've been very impressed by the system - Sony doesn't shout about it much these days, but if I were them I'd add it as a sales bullet point. I love watching media on my phone, usually curled up in bed or waiting in the car (for family), and Dynamic Vibration adds an immersive audio frisson that helps videos sparkle.