Samsung has been holding a virtual event, launching the Galaxy Z Fold 3 and the Z Flip 3, with form factors the same as last year's, but with IPX8 waterproofing and tougher flexible displays, along with a new rubber-tipped, suspension-equipped S-Pen. Along the way, the Z Fold's selfie camera has gone under-display, giving a full tablet experience, which is pretty cool. 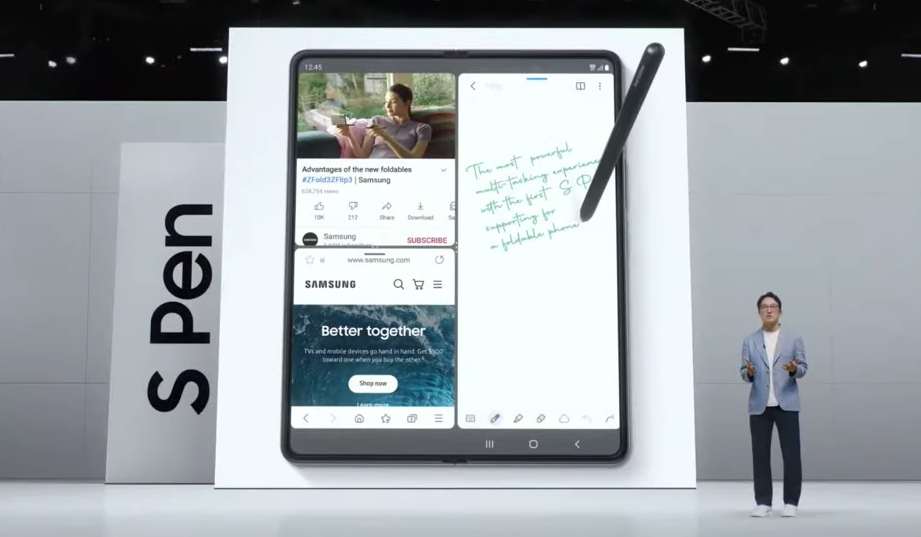 The big worry for the S-Pen's introduction to folding screens was durability, of course. In addition to the tougher outer layer and the softer(!) S-Pen, I did note that Samsung still couldn't make a folding display whose digitiser spanned the 'crease' (because a stylus would cause damage there if too much force was applied), so they are using two separate digitisers, one for each screen half, and then using clever software to work out S Pen movements across the small 'gap': 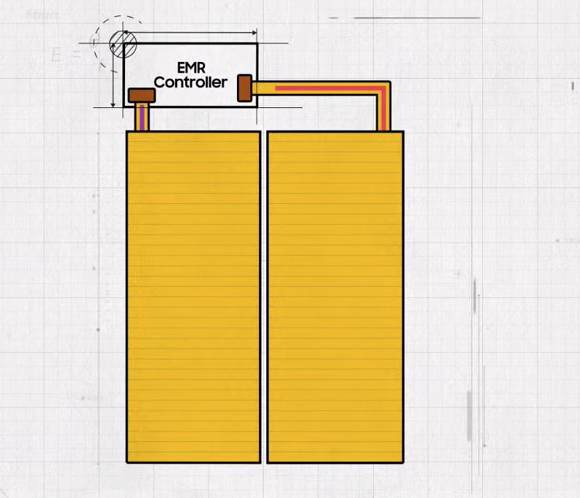 In terms of specs, see Samsung's infographic for the Z Fold 3: 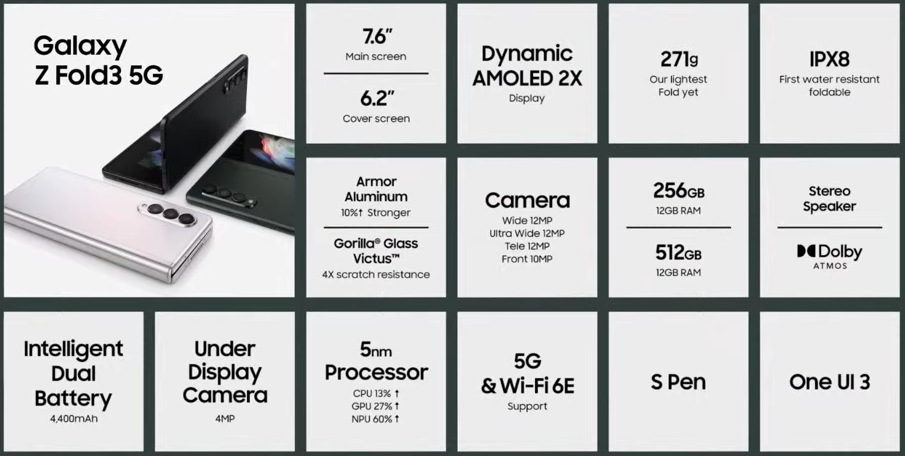 Impressive across the board, though you have to really want that 4:3 tablet mode, since an existing monoblock Samsung will do most other things better. Even the cover screen here is 6.2", which will deliver as good a widescreen media experience as the internal screen (which has top and bottom 'bars'). The Fold series remains a fairly tough sell, though note the price has come down since last year, now starting at £1600 rather than almost £2000.

The three big new things here are, of course:

I'm sure Samsung's testing has been rigorous and that the S Pen/folding screen combination will stand up, in the short term at least. My worry is that real world users don't flex folding screens and use pens in a clean room. Give the combination time for dust and dirt and grease, along with a wide range of atmospheric conditions, and then come back to say how pristine the Z Fold 3 is.

As ever, all the NDAs just expired and there's a mountain of video material for you to binge on, if you do desire. Here's Michael Fisher's take on the two devices:

And, for reference, here's Samsung's official highlights video for the Z Fold 3 and Z Flip 3:

All very interesting, though expensive. If either of these become available to UK reviewers then we'll cover these more.

For completeness, here's the equivalent spec panel for the Z Flip 3, which won't appeal quite so much to geeks like us, I suspect: 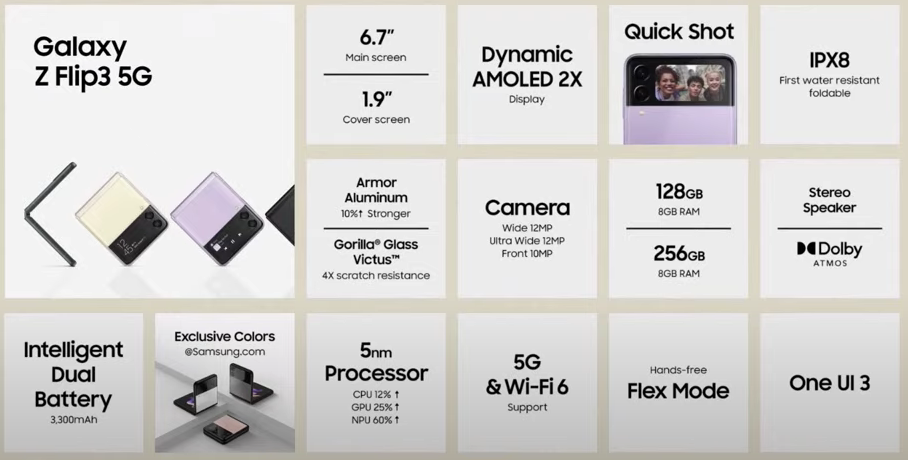