Introducing the ISOCELL HP! and 'ChameleonCell'

Ah yes, high resolution sensors continue to evolve. While not as technically sophisticated as Nokia's PureView RGB oversampling back in 2012 (just saying...), the new 'ChameleonCell' system from Samsung in the HP1 works on a (wait for it) 200MP sensor in either 2x2 (reducing the raw sensor resolution down to 50MP), 4x4 (ditto 12.5MP), or even full resolution pixel configurations, depending on available light. However, the pixel layout was also released and I have some serious colour rendering worries... 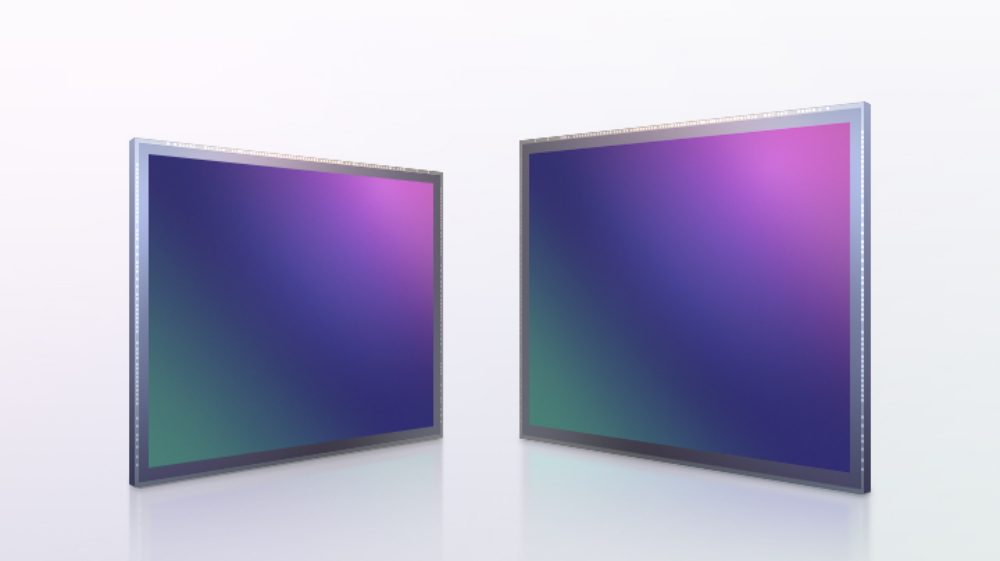 The ISOCELL HP1 is the industry’s first mobile image sensor to support 200MP. Based on Samsung’s most advanced 0.64μm-sized pixels, the ISOCELL HP1 brings such ultrahigh resolution in a small package that fits comfortably in today’s handheld devices. With the ISOCELL HP1, pictures hold an astonishing amount of detail that helps the image stay sharp even when cropped or resized.

For ultimate low-light photography, the ISOCELL HP1 features an all-new ChameleonCell technology, a pixel-binning technology that uses a two-by-two, four-by-four or full pixel layout depending on the environment. In a low-lit environment, the HP1 transforms into a 12.5MP image sensor with large 2.56μm pixels by merging 16 neighboring pixels. The newly formed 2.56μm pixel is capable of more light absorption and sensitivity, producing brighter and clearer photos in in-doors or in the evening. In bright outdoor environments, the sensor’s 200-million pixels can capture ultra-high-definition photography on mobile devices.

Plus, briefly, on the slightly less interesting GN5:

The ISOCELL GN5 is the industry’s first 1.0μm image sensor to integrate Dual Pixel Pro, an all-directional autofocusing technology, that can substantially boost autofocusing capabilities. This technology places two photodiodes, the smallest in the industry, within each 1.0μm pixel of the sensor either horizontally or vertically to recognize pattern changes in all directions. With one million phase-detecting multi-directional photodiodes covering all areas of the sensor, the ISOCELL GN5’s autofocusing becomes instantaneous, enabling sharper images in either bright or low-lit environments.

The image sensor also makes use of Samsung’s proprietary pixel technology, which applies Front Deep Trench Isolation (FDTI) on a Dual Pixel product for the first time in the industry. Despite the microscopic photodiode size, FDTI enables each photodiode to absorb and hold more light information, improving the photodiodes’ full-well capacity (FWC) and decreasing crosstalk within the pixel.

We can expect to see these sensors debut on Samsung flagships in early 2022.

Here's the pixel arrangement of the HP1 sensor, which is slightly worrying, showing that the coloured micro-lenses each span a 4x4, 16 pixel grid. This means that colour information in photos is limited to 12.5MP all the time, as shown in the third graphic below: 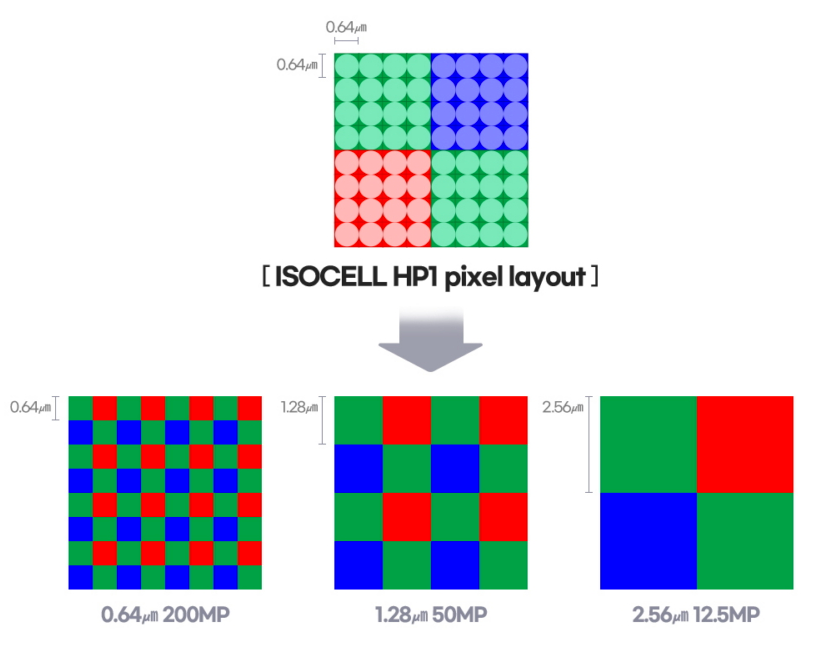 In other words, colour information in each pixel in 200MP and 50MP modes will be made up to a large degree, with AI interpolating colour data from surrounding 12.5MP pixel colour groups. So the colour of a 'pixel' in a 50MP standard image, say, is actually a guess since all light into that group of four sub-pixels is being filtered only for green, say. So the left two graphics above are actually misleading. The top image shows the true pixel layout and then everything else is a colour-interpolated guess. Heck, you need to go to the 64-pixel squares (8 by 8) to get a 100% accurate colour reading, which equates to 3MP 'true' colour images!!

Note that because the native resolution is so high, this isn't necessarily a showstopper, but you should temper any expectations about PureView-like smart-cropped zoom, since the theoretical 4x lossless zoom will show artefacts and artificial detail and colour smoothing.

At 12.5MP though, the HP1 can be treated like a regular phone camera with a RGB Bayer sensor, yet with relatively huge pixels. Which is good, though Samsung says that this only happens in low light - let's hope their camera UI allows the user to select the output resolution manually, for best results - the 50MP and 200MP modes are going to really annoy most imaging purists!