The story so far... Telegram is a popular worldwide messaging system for smartphones, though Windows 10 Mobile phones had to make do with the third party Unigram Mobile UWP. Then the developer stopped compiling for Mobile and this was forked by another developer to create Unigram Mobile Messenger UWP (keep up at the back!) As of December 1st, Telegram itself changed its login architecture to force adverts on all users on iOS and Android (to help pay for the service), stopping Unigram Mobile Messenger from being able to log in and (soon) to stop working altogether. Happily, thanks to an active developer, we now have an update that works around the changes.

Interestingly, though, there's no mention of the goings on behind the scenes! But after applying the update (which I suspect was almost done in terms of the new functions anyway, as per the changelog), all my Telegram groups flooded back into life. And without adverts, which will presumably annoy the core Telegram management, if they care. 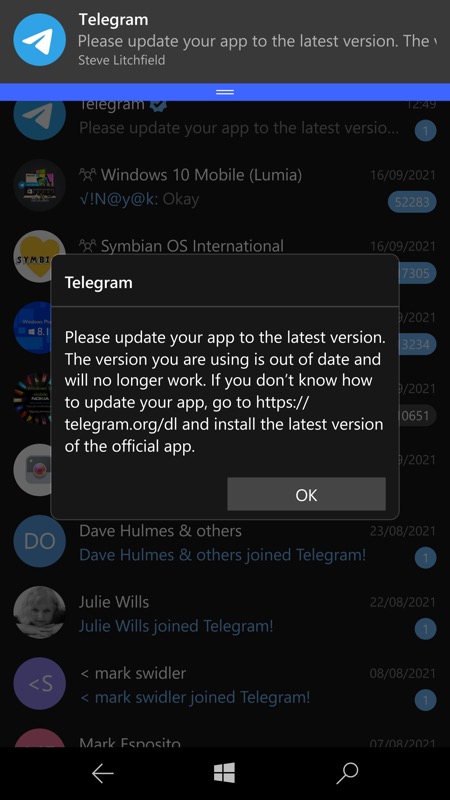 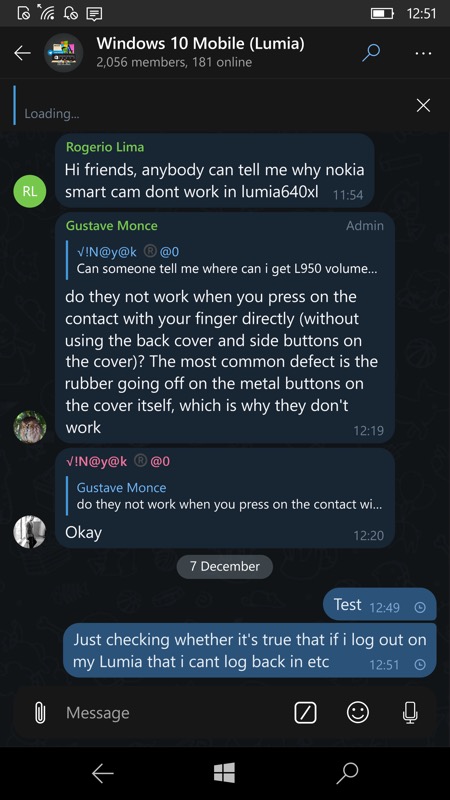 Telegram's message sent out to all clients the other day. But, of course, there is no official version for Windows 10 Mobile; (right) heading into Unigram Mobile Messenger, I was logged in (though warned not to log out) but my messages weren't being seen by anyone (at the time). 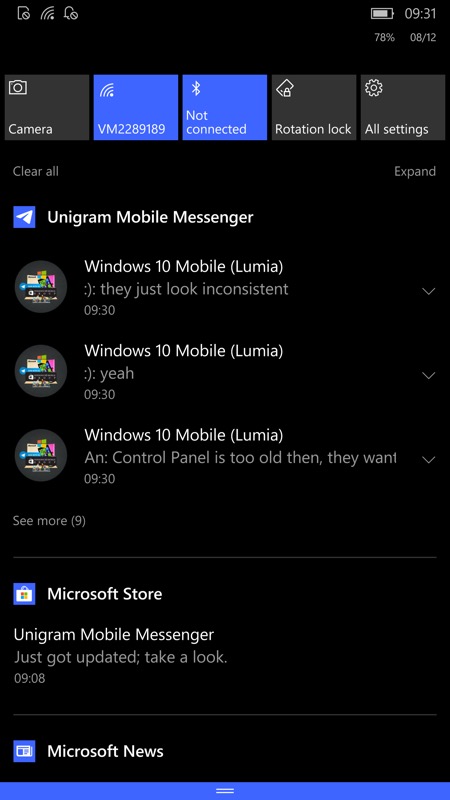 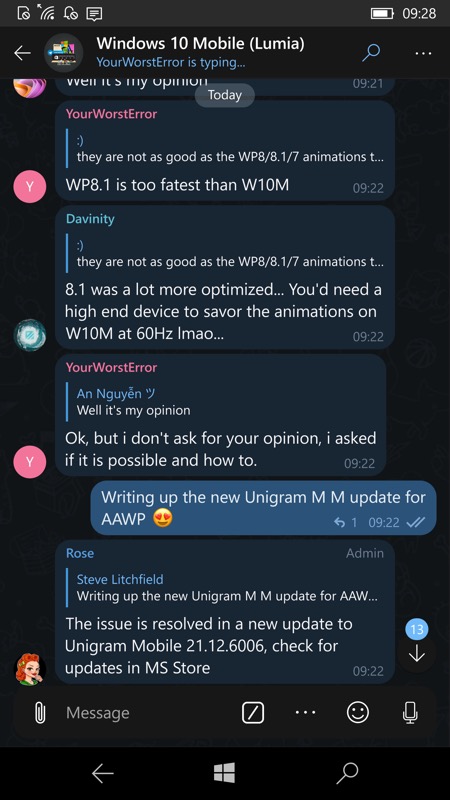 After spotting the new update in the Store (see the notification at the bottom), messages started to flood in, and (right) confirmation in the main Windows 10 Mobile support group. 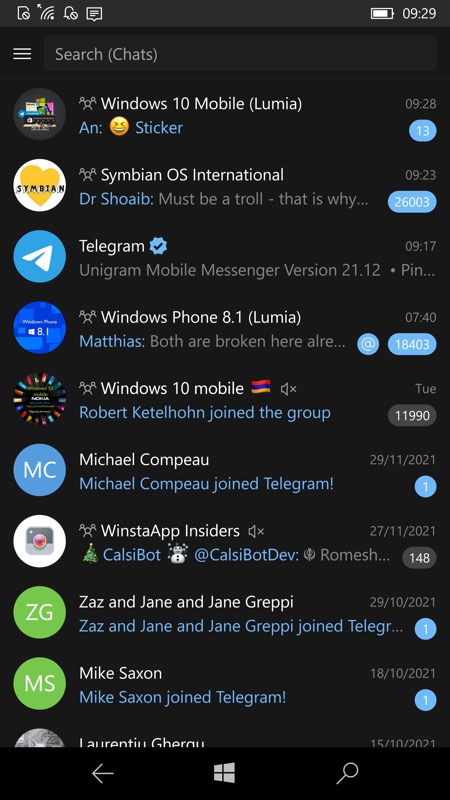 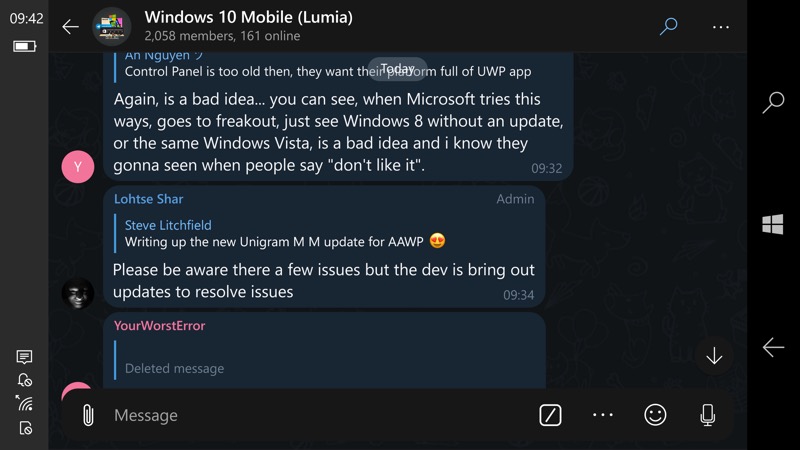 All my chats burst into life and are fully working again, though note that (as per right) the developer has spotted a few issues (expected with such a major update) and that minor updates will follow in the Store.

You can grab (and update) Unigram Mobile Messenger UWP in the Store here. (Note that with the Telegram server changes, the original 'Unigram Mobile' UWP app also stopped working, for old-hands who still had this installed. Time to move onto the new forked app!)

There's also the original Telegram PWA, which in theory works fine in Edge, other than not having push notifications, though I'm currently having trouble logging in. Just me?

On iOS and Android, of course, you just go to the App Store or Play Store, though expect adverts in the service for 2022!