The number one hassle with power banks on trips is that you also have to remember to take with you the right charging cable for each family device that you might need to rescue. For most of us, this means bringing along a power bank plus a Type C cable, a microUSB cable, and Lightning too, for family members with iPhone or iPads. This Aenkyo accessory is perhaps the ultimate swiss army knife in the power bank world, in that it can not only charge phones via Qi wireless, it has integral Type C, microUSB and Lightning cabling. So - quite literally - no extra wires are needed.

NB: This review has been reworked after the original review product (from January 2020) became unavailable. Thankfully, as usual with things made in China, another brand has got their hands on the design (albeit in black!) and this is shown below in half photos - half the original photos are also left, showing what the white variant looks like, should you see this for sale too. 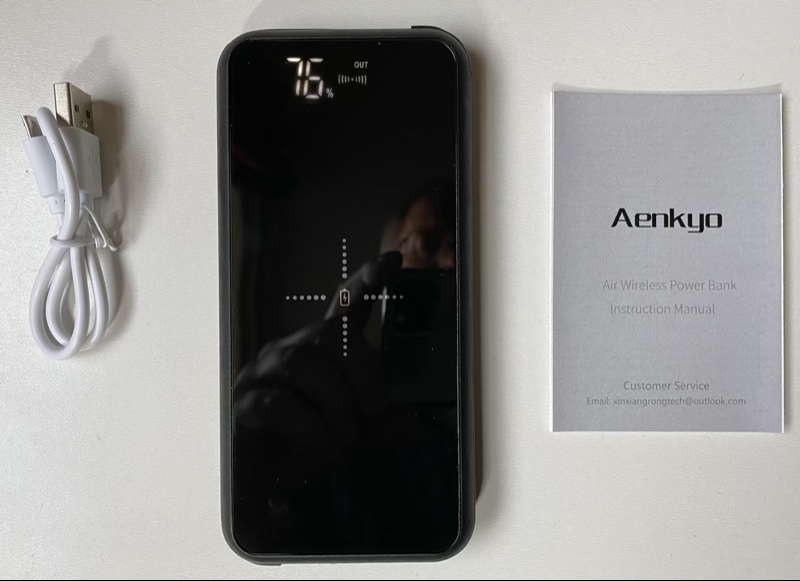 The Aenkyo charger is something to behold in the hand - the glass top is clearly marked for Qi charging, while tough flex cables unfurl from either end, revealing extra input and output ports. The device is smaller than a typical smartphone in the hand, though understandably a little thicker. Weight is 221g, so comparable to some of the heavier smartphones, too. 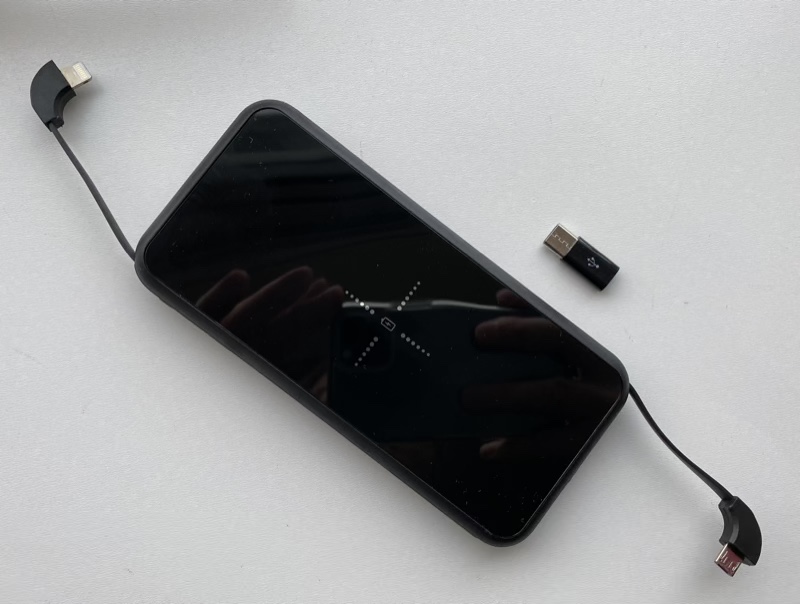 The main body is textured plastic, for a good grip, and all corners are ergonomically rounded. Under the glass front is a LCD display showing remaining capacity in percent, plus a number of other status icons. On the previous (PONSINC, white) version, the extra icons can't be seen clearly, since - unaccountably - the glass frosting obscured the finer detail, but on the more recent black Aenkyo version the glass is clear and everything's readable. Plus in both cases the main charge indicator is clear enough. 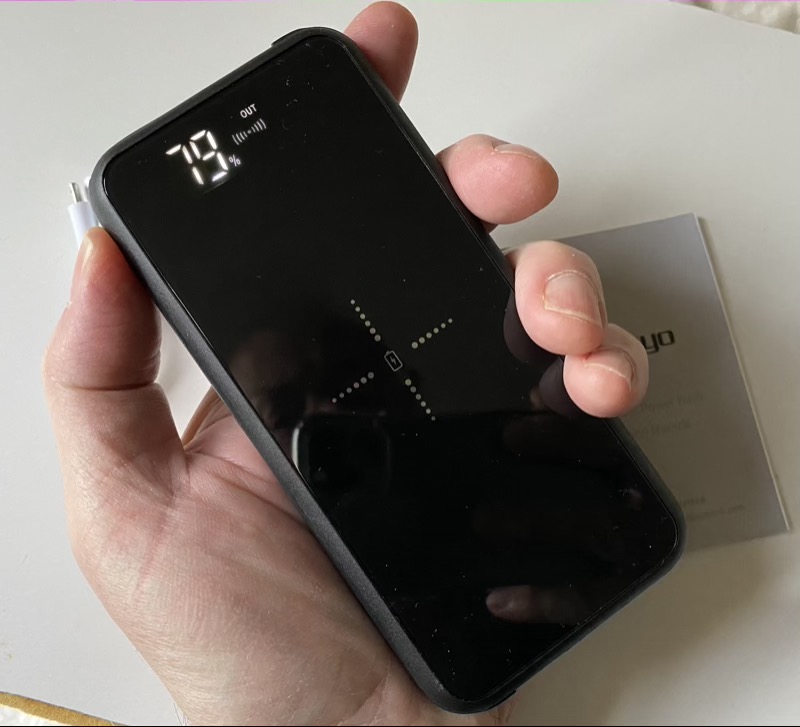 Back in Black - and clearer than ever!

At the top, the flex cable has an Apple Lightning connector with 1A output (I'll comment on charging output below, don't worry), and unfurling this reveals three input ports, for charging the power bank itself: microUSB and Type C (accepting 2A input) and Lightning (accepting 1.5A). I've said it before, but I do like having inputs separate from outputs, since it stops confusion where the 'other' device starts depleting itself to charge the powerbank - this is a real problem in the Type C world (the solution usually being to activate the power bank output before plugging in the other device!) 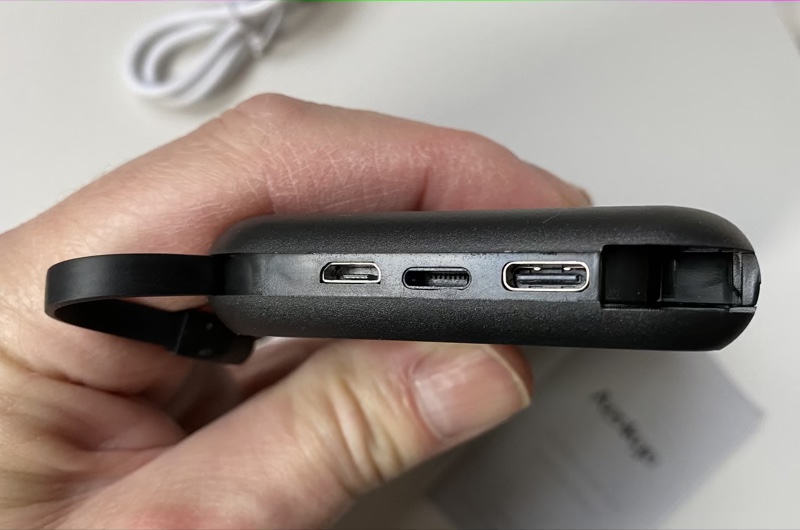 At the bottom, the flex cable ends in a microUSB connector with 1A output, but there's also a Type C adapter embedded in the power bank's body nearby. Simply insert the microUSB connector into the body and the Type C adapter comes with it and is then ready for use. It seems like a kludge but works pretty well in real life. I'm assuming there are technical reasons why the unit couldn't have a native Type C, with microUSB as the add-on adapter.

The bottom flex cable reveals yet another port, USB-A with 2A output, so you'd use this when you do happen to have a charging cable in your pocket anyway, or when you want to plug in a generic USB accessory that doesn't use the three standards covered so far. 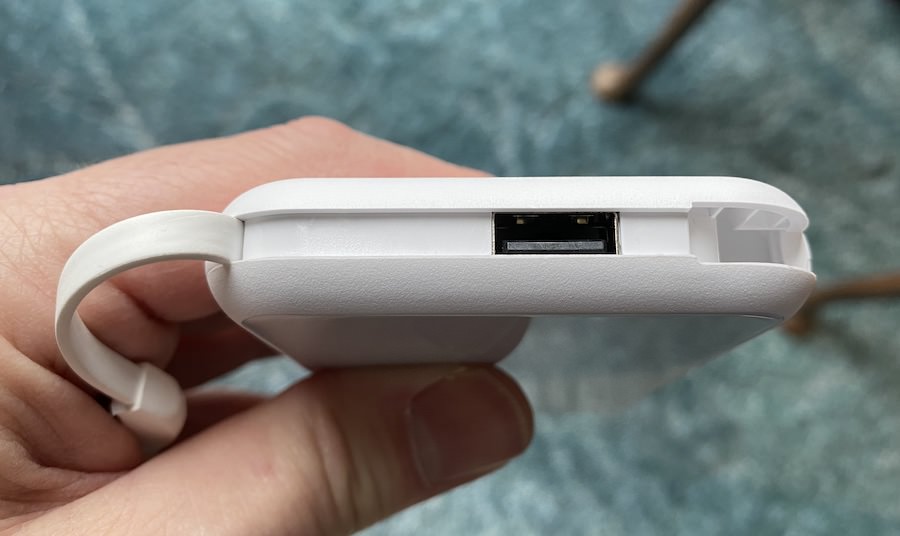 The Qi wireless charging is typical in terms of 'sweet spot' size to most other Qi pads, i.e. you've got a centimetre either way 'off centre' before charging is no longer possible. And, obviously, the better you line up the centre with your phone's charging coils the more efficient the charging. 1A is again the maximum here, though this is quite enough for wireless top-ups - just don't try a full battery fill this way! Every device I tested this with charged successfully. And it's something of a novelty to see a phone wirelessly charging from something that's not wired into the mains! 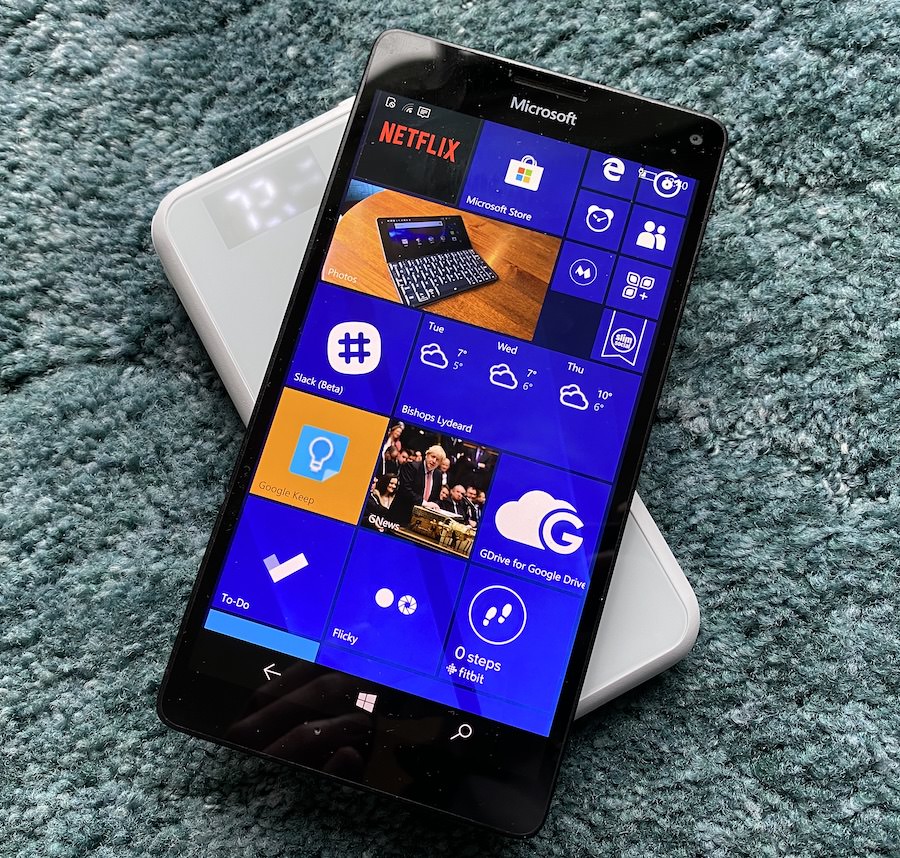 In theory, this power bank can charge four things at the same time - via the two flex cables, via USB-A and via Qi wireless. And since the drain is quite modest overall, I think you'd get close to the stated currents for each. I did plenty of tests with three phones at once and couldn't detect a charging slowdown.

However, much as I love this gadget to bits (and note that I bought it - in both versions/colours, it wasn't a PR review freebie), I have to talk about the charging currents in the context of the tech world of 2020. Every company is trumpeting its own 'fast charging' capabilities - with talk of charging a smartphone in 30 minutes, and so on. I have to say that I'm a bit dismayed by the trend, since faster charging (whatever tech is used) will have some detrimental effect on battery chamistry and thus longevity. Then there's the extra heat generated, and we know that hotter batteries also see degradation. As a result, I deliberately avoid Quick Charge 3.0/SuperVOOC/Power Delivery/whatever-buzzword-is-trendy and charge my phones gently on a 1A Qi wireless pad (as here) or via 2A USB (as, coincidentally, on the bottom port here). 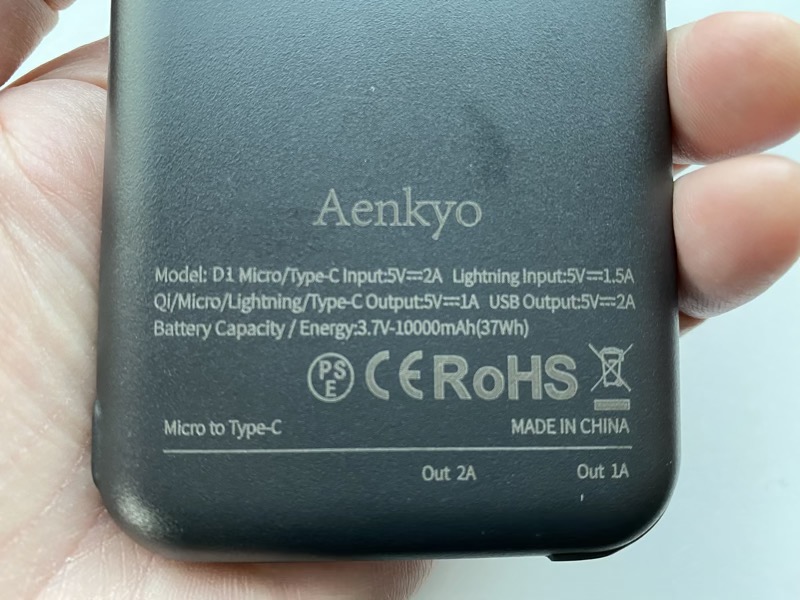 Now, I know that I'm possibly unusual in having the luxury of time to charge things up - some users may always be about to jet out the door and so time is more precious. But in view of my charging philosophy, I'm not downhearted at the current limits in this Aenkyo power bank. It charges things and it doesn't need me to ever carry cables - and that's enough for me.

More current, delivered faster, as an option, would always be better in the grand scheme of things, of course, and so I've docked this otherwise almost perfect gadget a couple of points on the score. I'm just pointing out that high current or high voltage charging is not the be all and end all. In my opinion.

At £25 (on Amazon UK), I was impressed by the value for money too. I've got power banks with more capacity, more ports, more current capacity, and with torches and other gadgets. But this Aenkyo accessory just beats them all out in terms of a place in my jacket pocket because it's the one gadget that can keep me and my family going with zero preparation in terms of bringing along cables of every type. 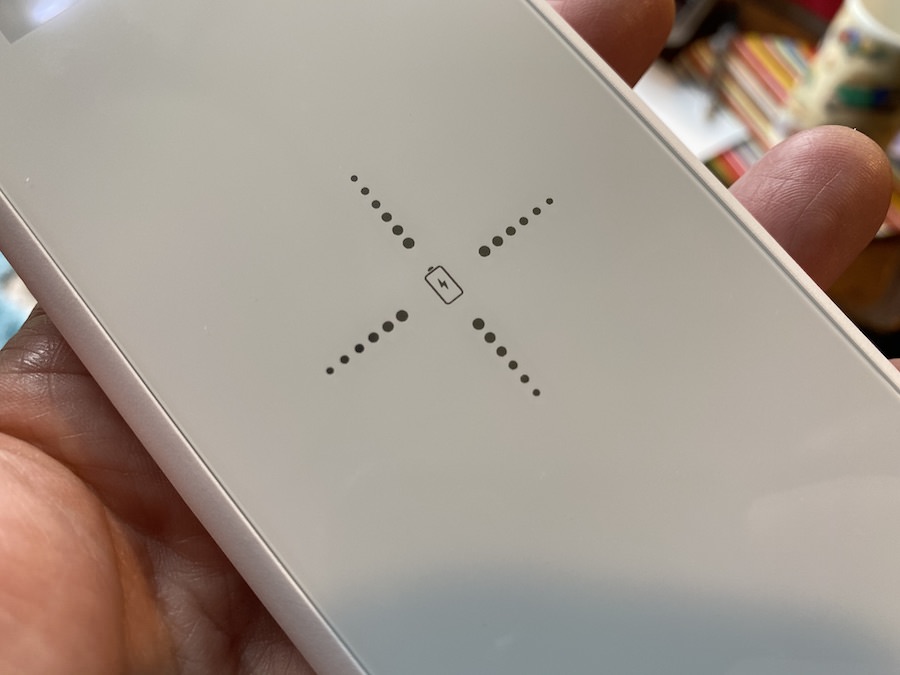