It's not that often that I review a new Nokia, especially here mid-2021. True, this is the 'new' Nokia, under HMD Global, and true, most of the new Nokia handsets are somewhat 'meh', but the XR20 is a little different, as covered in my head to head and imaging showdown pieces here recently. So here I wrapped everything up in a review, in text and - yes - video form, all below. Summary? It's a nice idea but completely the wrong form factor, I contend. Note that because of the brand name, this is, I think, of interest to all the err.. 'All About' sites! 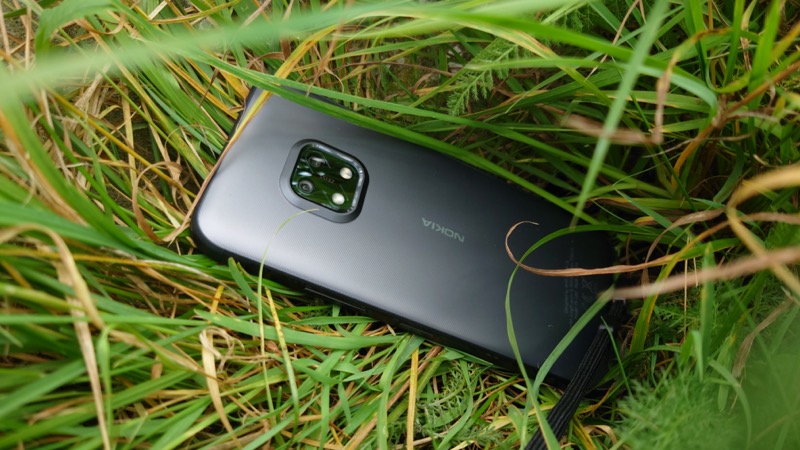 What’s huge, tough and grey? And err… has a waggly bit on the end? No, not a whale, but this the latest from HMD Global, the people who now run the Nokia brand. This is the XR20 and it’s an absolute beast. Yes, like the whale, even in water. Up to 1.5m for an hour etc. 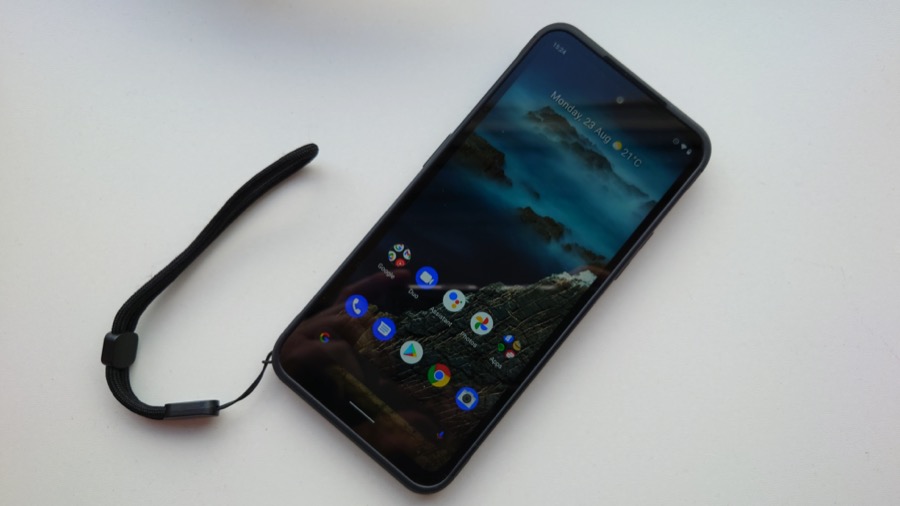 Essentially the XR20 is fully military specification durable in every way. The front is Gorilla Glass Victus, the frame is metal and around MOST of the phone itself is several millimetres of tough plastic. And glue and gaskets. 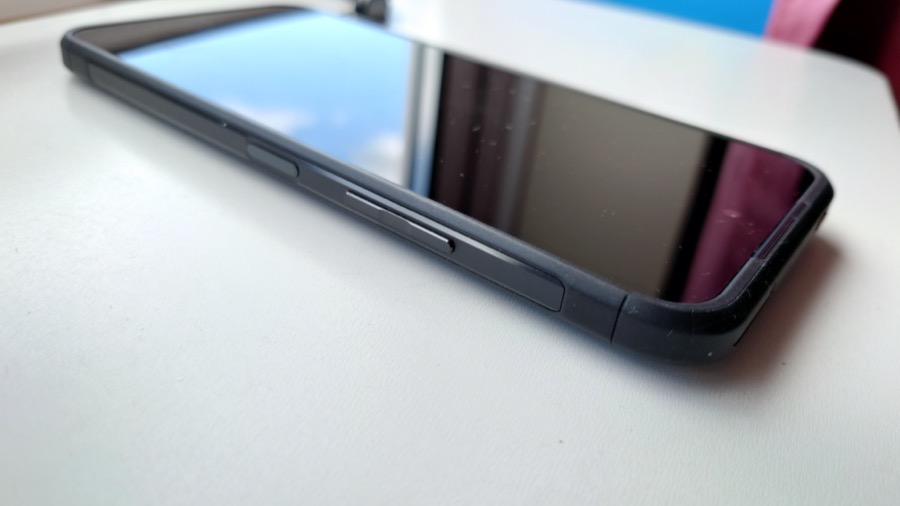 Along with all this come a few - though not too many - compromises. Meaning that the thought does come to mind… why not take a standard, no compromise IP68 smartphone - say a Samsung S20 FE - or indeed the device and form factor of your choice - and put a really decent protective (e.g. Spigen, Ringke, Otterbox) TPU case on it? Wouldn’t you end up with essentially the same outcome? Well, possibly, though it’s certainly cool that this is an all-in-one that you can take anywhere. Few other companies are heading down this line. But it does mean that the aforementioned compromises can’t be too severe, otherwise, yes, it is easier just to put a better case on your current favourite phone. 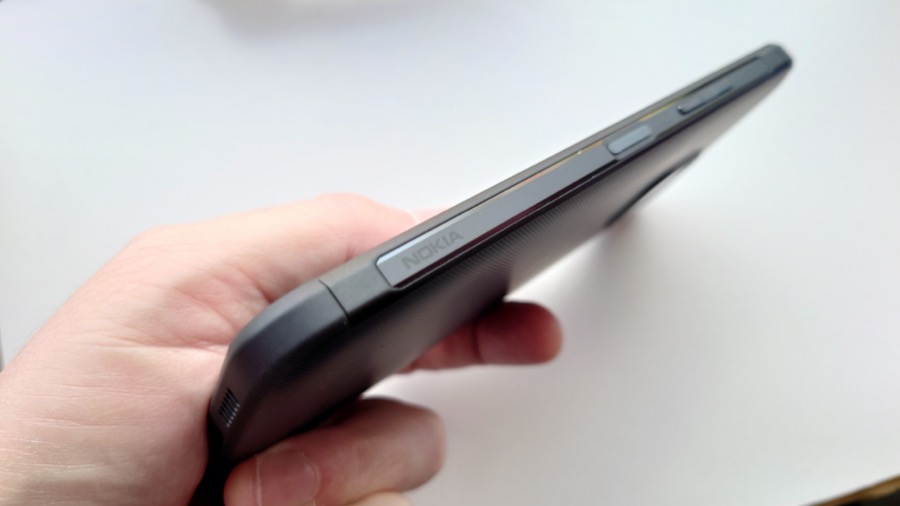 So, at £400 or £450, depending on RAM and storage variant, how do the specs line up and is there a catch? Actually only two that I can think of, but we’ll come to those last, since I do want to impress you a little first.

Not that I’ve covered it before, but the XR20 is, not surprisingly, based on the slightly less feature-packed but cheaper X20, and with dramatically different exterior. The R in the name stands for ‘Rugged’, I presume! 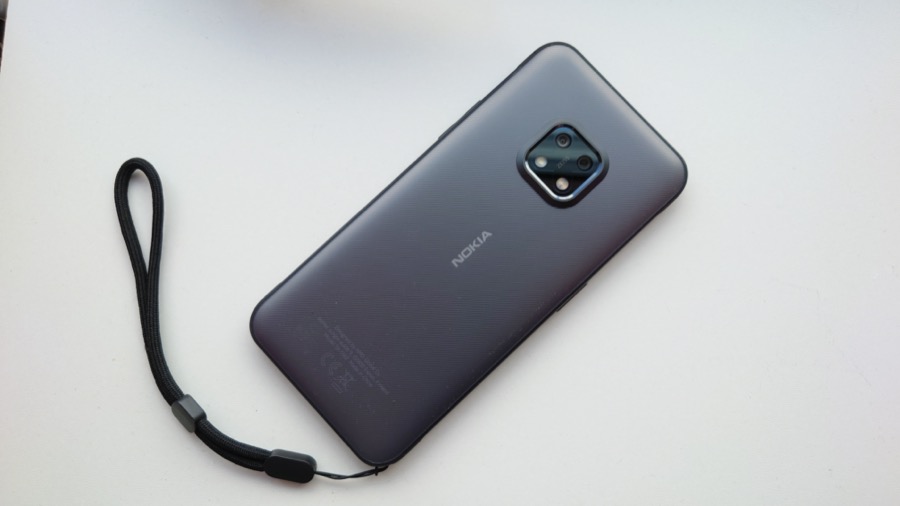 There’s a welcome 3.5mm jack (with which we had some issues, I refer you to the PSC podcast, it’s not clear whether we found a design fault or just have a faulty unit). And I welcome features like fast 15W Qi charging - I wasn’t expecting that at this price point.

Stereo speakers too, they're pretty loud, but lacking in real fidelity, I don't think any tuning or audio processing is going on. Perfect for speaker-phone calls, mind you.

And buttons and gadgets galore: 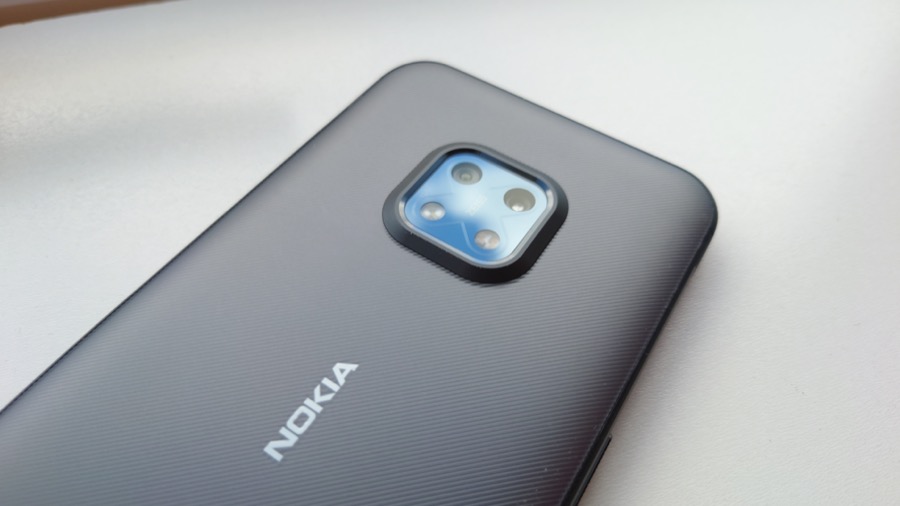 The dual camera system is utterly unremarkable and HMD has done nothing special with it. OK for snaps out on the hills, I guess, when you’re pushing the ruggedisation side of things? The night mode is quite impressive in its results, but that might be as much to do with the chipset. Still, it’ll do. A sample indoor, lowish light snap, see here for full imaging analysis: 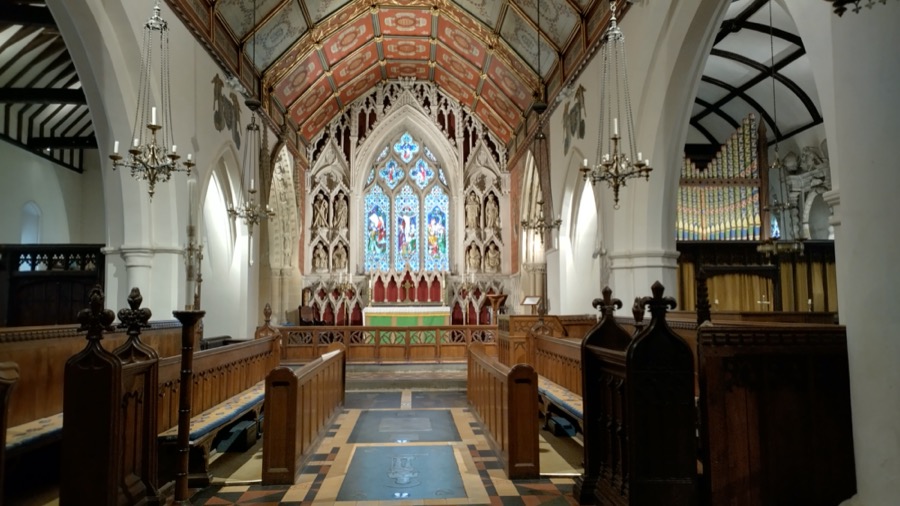 The two caveats then, before anyone rushes to hit a ‘buy’ button. Firstly the display, which is LCD and not AMOLED. Which is a shame - once you get past £400 one kind of expects rich AMOLED colours. But at heart, of course, this is a £200 phone with loads of durability tweaks and aids. Which you’re paying for. 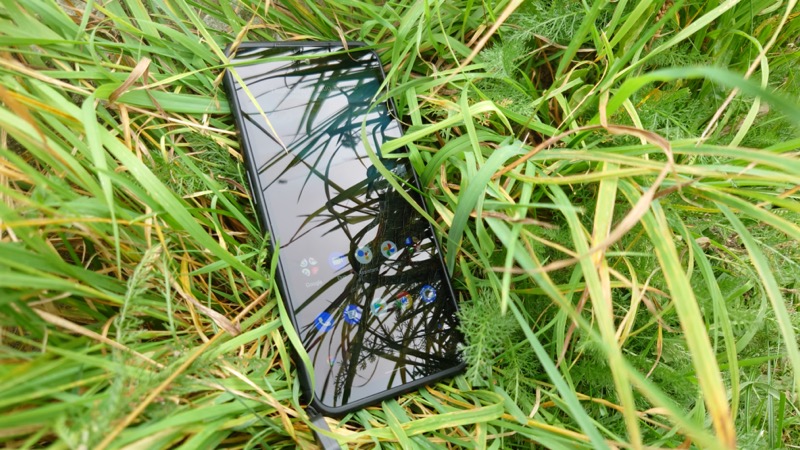 The display isn’t bad, per se. It’s quite enjoyable for the general UI, but I did miss the vibrance of AMOLED when watching Netflix and I missed the perfect contrast of AMOLED at night, with the always on display, that’s built-in, rather lighting up the room! 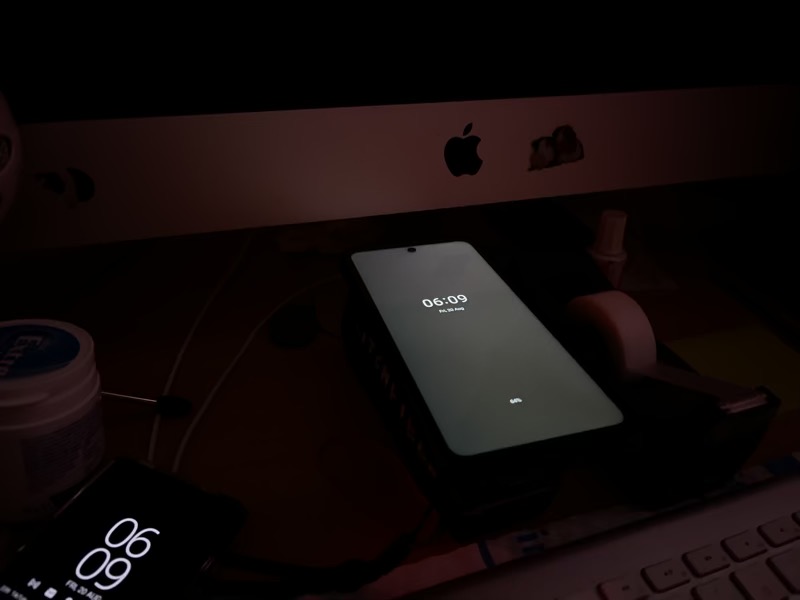 Outdoors in my tests, the LCD can be hard to see in the sun, which sometimes impacts taking photos. Unlike AMOLED panels, an LCD’s backlight can’t be ramped to 150% brightness temporarily for a camera viewfinder, etc. 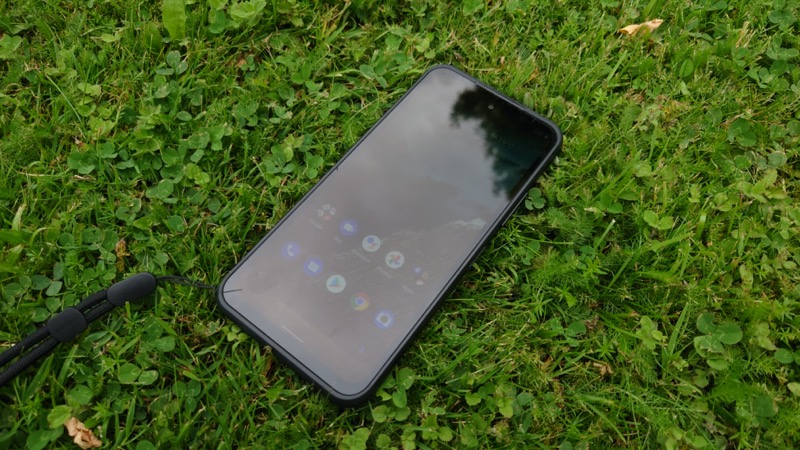 The biggest caveat of all, though is the size. I’ve been a fan of ruggedised phones for years - anyone else remember the Motorola DEFY, from 2010, or the Nokia 5500 Sport, from even further back, 2006? I had both and loved them. Because when you’re active - cycling, hiking, running, snowboarding, whatever - what you need is something small, light and tough.

And small and light are adjectives you can’t apply here. The Nokia XR20 is a giant, weighing in at 250g, a quarter of a kilogram. It’s the largest phone I’ve held for years, significantly larger and heavier than even my brick of an iPhone 12 Pro Max. Who at HMD Global thought this was a good idea? 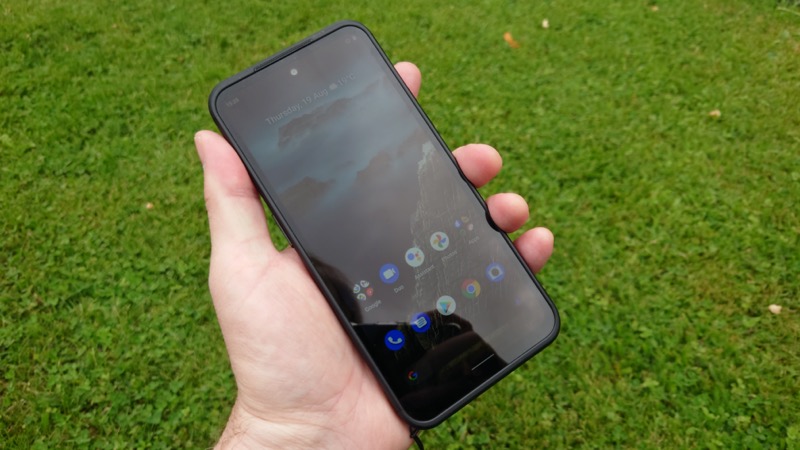 In fairness, Nokia advertises the XR20 as just ‘life proof’, implying home, commuting and work only, and pointing out that the phone will survive pets, accidents, drops, and so on. So maybe they’re not after the outdoor, adventuring market after all. So, HMD, what about a dinky 70%-sized, 5.8”-screened XR20 mini weighing 150g? I’d buy it.

Underlying all of this is a solid software base. In theory.

The XR20 runs AndroidOne, so part of Google’s vision, rarely taken up by manufacturers, whereby security and OS updates are handled by Mountain View, with minimal input from, in this case, Nokia. So four years of security updates and three major versions of Android.

But HMD has to have some input in the software, not least to fix gaps where its device software joins AndroidOne imperfectly - there are several niggling bugs in the XR20 right now - I won’t list them - and hopefully these will be fixed inside the monthly updates. Hopefully. This is HMD Global, of course, and not some industry behemoth with large software resources.

So we’ll see. Nokia does also offer a three year hardware warranty, which is excellent, plus a free screen repair in the first year. Presumably if your pet alsatian decides to destroy the display in its teeth?

In short, I can see some vision in the creation of the XR20 and I applaud all of the durability and long term support that it represents. I just don’t think it’s very appealing as a primary smartphone for very many people in its current form factor and implementation. Sorry, HMD. Take this as constructive criticism, please. And ping me when you have an XR20 mini.

This review was originally a Phones Show script, so - just because I can - here's the video version too, with demonstrations of a lot of what I've mentioned! From YouTube: