Leaving aside the whole 'started on Windows' back story (hence 'Surface Phone', its longed-for name for so long), the Surface Duo arrived with Android on board and we now have the Android 11-running Surface Duo 2, which I reviewed here two months ago. With a Duo 2 now permanently at 'All About' Towers, and in addition to software features, I'm going to be reviewing some of the accessories available for this unique dual-screened smartphone/tablet. Starting with the crazily priced but ultimately, dare I say, essential, official Duo 2 Bumper. Oh, and... Happy New Year!

Before heading into the review as such, I should explain why I'm not reviewing the 'Bumper's chunkier cousin accessory. The Surface Duo 2 is not only compatible with all the Surface Pens (I have one here, from my Surface Go, and it works perfectly), there's even a dedicated (but relatively bulky) Surface (Slim pen) Duo 2 Pen Cover that attaches and charges a pen. But just as with the original Samsung Galaxy Notes back in the day (I had several), I try the pen functions and think they're cool but then find myself hardly ever using them again. It's probably just me - I find I'm happy with my fingers and rarely need absolute precision. My handwriting is appalling, and when I do want to 'ring' something on-screen then a finger is faster and easier.

Plus having a whole extra pen (and pen cover) on the front of the super-slim Duo 2 kind of defeats the point and makes the device thicker and more awkward - plus you can't fully fold the phone back onto its (already) angled camera island. So it's a 'no' from me. But if the pen is for you then note that you can experiment (as I've done) with any old Surface Pen, and then you know whether you'd use the Slim Pen with official cover.

So, on with the principal slim-line 'Bumper'...

Using the Duo 2 'naked' for its first week with me, carrying it around day to day, the need for something grippy and protective along its edges became more and more apparent. Not that I dropped the Duo 2 - it's too expensive to be careless with - and not that the 'Bumper' set here would necessarily be guaranteed to save the device on impact from shoulder height onto concrete, but every other metal-and-glass smartphone I've owned in recent times has been sheathed in TPU and I don't feel comfortable without a soft-touch rubber or TPU layer for my fingers to grip. And with more grip comes a lower chance of dropping the device in the first place. 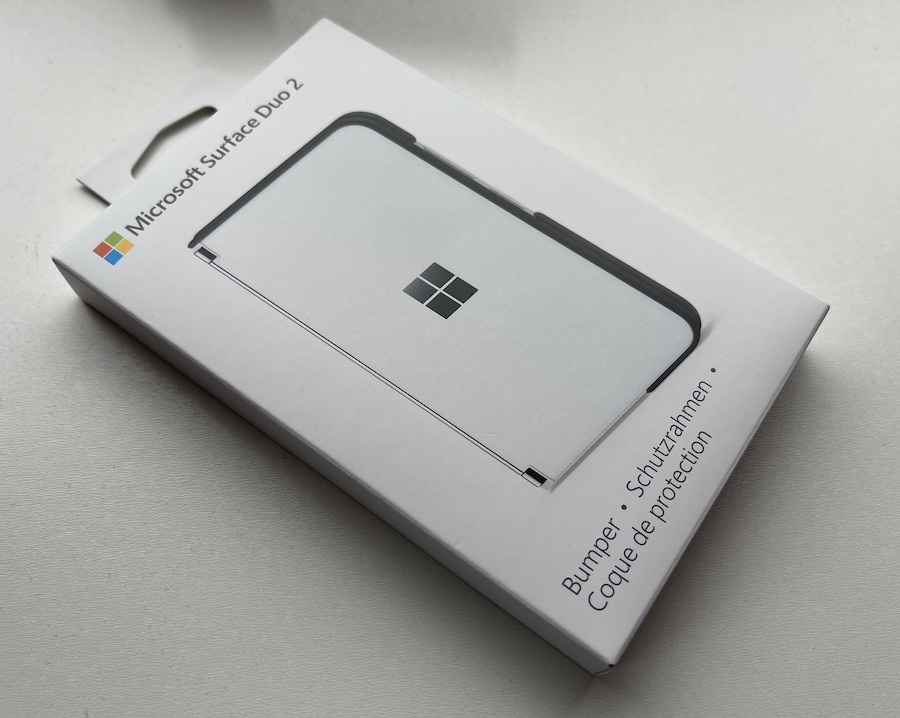 Now, at £40, and only just one step ahead of Apple's ridiculous £19 'cleaning cloth' arguably(!), Microsoft is clearly taking the **** (insert the expletive of your choice) for three thin bits of rubberised plastic and double-sided tape, but then again the accessory is ultra-specific, with very tight tolerances. And there's no third party alternative, so there's quite literally no other option. I'd suggest that £20 as a better price at which Microsoft would still be making a healthy profit, but when you're dealing with such low volumes (thousands?) then perhaps the economics of production do have an impact.

Bullet-bit, bumpers purchased, taking one for the team, what do you get? 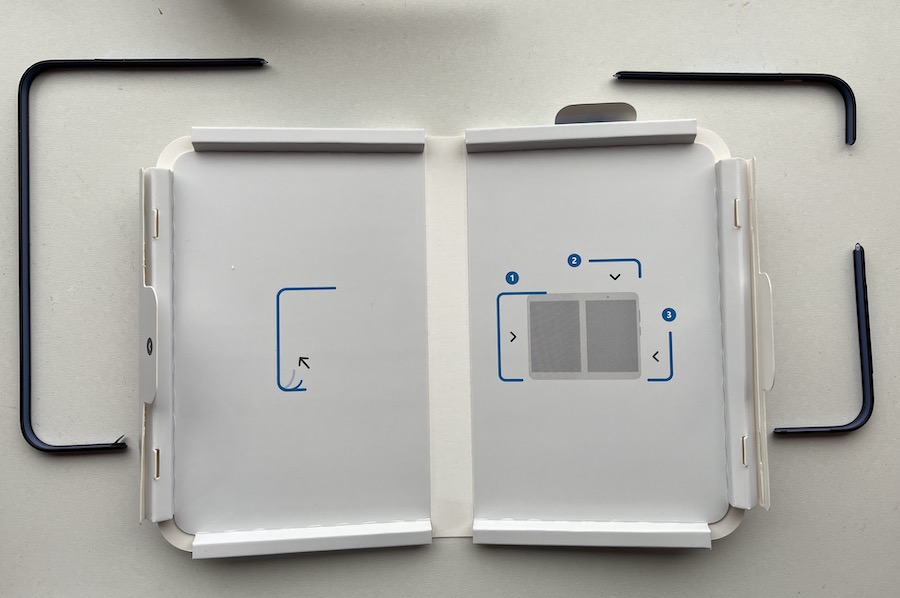 Not a lot, obviously. Just three tape-backed rubberised plastic pieces, shaped and sized as needed, with clear diagrams as to where each bit goes, in order to stay out of the way of buttons, USB Type C and SIM trays. Actually putting the Bumper pieces on is trivial, they fit exactly and hug the edges of the Duo 2. If you don't manage it perfectly on the first 'go', the tape doesn't bond tightly immediately, so you can peel off gently and have another go, if needed. 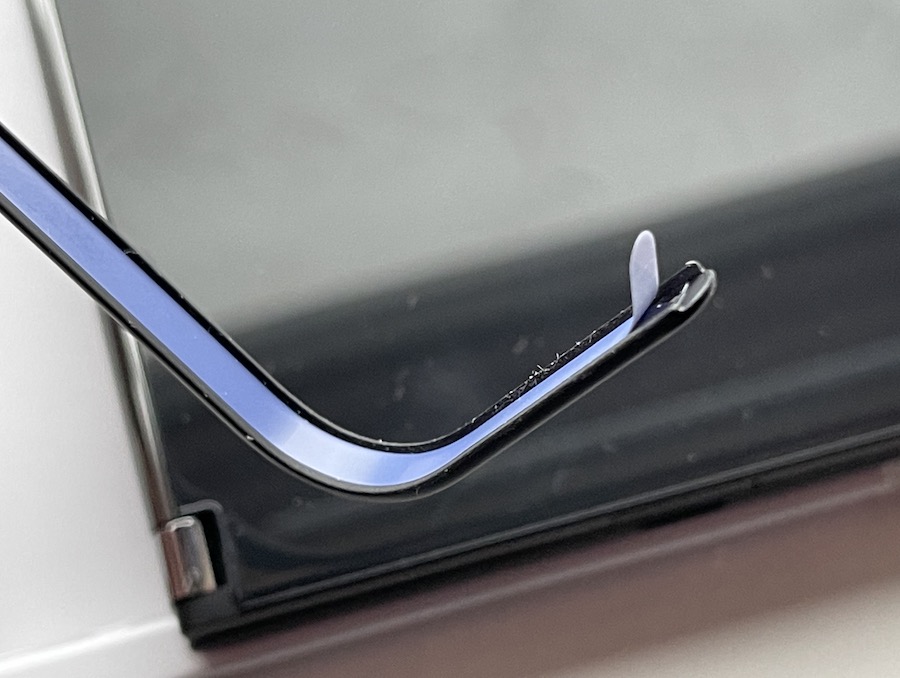 With no bumper installed, the closed Surface Duo 2 has all four corners unprotected from a drop - with the bumper sections in place, two of the corners (including both halves) are fully protected, one of the hinge corners is semi-protected, and one hinge corner is still 'bare'. So not a complete solution, but way better than nothing. 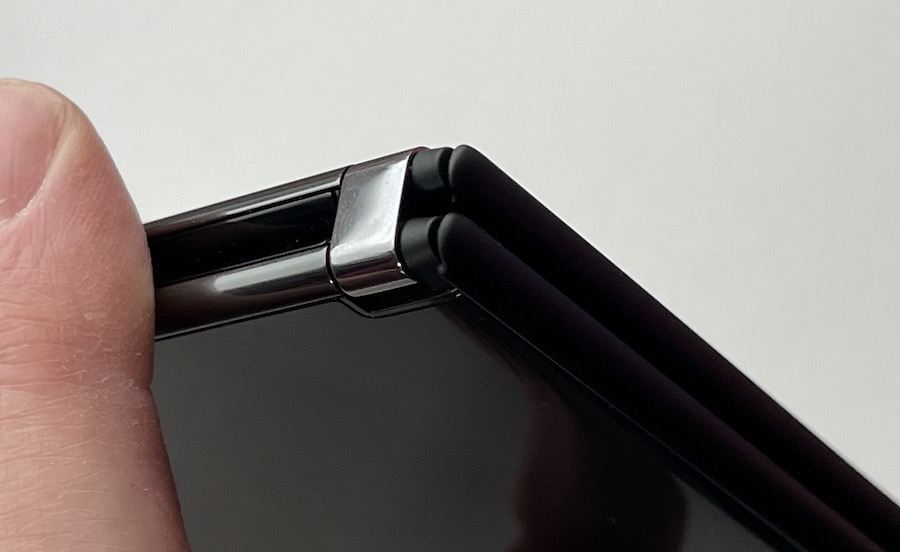 However, as I say, the real idea of the Bumper case is - as was the case for smartphone 'bumpers' going back to 2014 - to add grip. So ideally you wouldn't drop the Duo 2 in the first place. The Bumper system, crazily priced as it is, does achieve its aim and I haven't looked back since putting these bumper sections on my personal Duo 2. I enjoy holding it more, it feels more secure, and the extra lateral size is marginal. There's no significant increase in thickness, either, unlike the bulky bumper system on the original Surface Duo and unlike the aforementioned Duo 2 Pen Cover.

In short, in terms of value for money it's hard to make a definitive statement. The best way to look at the £40 (or $40 or whatever) is that it needs to be factored into the (also high) cost of the Duo 2 itself. If anyone's interested, I went for the 256GB Duo 2 (I had financial help, don't worry!), at which point the bumper only adds about 3% to the overall cost. But significantly enhances the device's practicality.

Make up your own mind, anyway - but I suggest that you factor this in if you do end up with the phone?

PS. If you're wondering about the review score, it's a value fudge. The Bumper case would have been 92 if the kit had been £15!